By Carl Lisa, Esq.Published February 28, 2014Category A Look at the Law 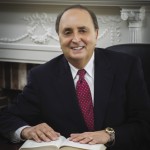 In what was billed as the largest private antitrust settlement in American history, credit card giants Visa and MasterCard have agreed to a $5.7 billion dollar settlement to a class action lawsuit brought by retailers who claimed the companies conspired to fix the interchange fees retailers are charged when customers pay with credit cards.

The case, which had been litigated for eight years, means any merchant that accepted Visa or MasterCard credit or debit cards in the U.S. at any time between January 1, 2004 and July 29, 2013 may be eligible to receive payment from one of two funds established as part of the settlement.

Under the terms of the settlement, Visa and MasterCard must alter the contracts they have with merchants to remove restrictions on how merchants can promote other cards with lower transaction fees or cards from other networks. And, it means retailers can charge customers one price for cash or debit card purchases and another – higher – price for credit purchases.

In his ruling, Judge John Gleeson of the United States District Court wrote, “For the first time, merchants will be empowered to expose hidden bank fees to their customers, educate them about those fees and use that information to influence their customers’ choices of payment methods.”

The settlement is equal to 2.5% of the fees paid by merchants during the nine and a half year period identified in the class action suit. The case included testimony from more than 400 depositions and 32 days of expert testimony. During the litigation, the parties – led by retail giants like Wal-Mart, Amazon.com and 7-Eleven – entered into mediation which, ultimately brought about the final settlement.

“Our members have no interest in surcharging generally,” he said. “It’s too complex and it’s consumer unfriendly.”

All Dunkin’ Donuts and Baskin Robins merchants who paid interchange fees are included in the settlement, unless you previously chose to opt out, or opt out and object. You must fill out a claim form to be eligible for payment. As of this writing, the court has not yet approved a deadline for class members to file or a claim form. Once forms are approved they will be posted at the official court-authorized website, www.paymentcardsettlement.com. The website has an excellent Frequently Asked Questions page and links to access court documents. You can also call the toll free number for additional information: 1-800-625-6440.

Any distribution of payments may be delayed as the court considers appeals. According to the New York Law Journal, “The case docket is peppered with notices of appeal filed by small retailers challenging the settlement and the fee.”

A Look at the Law, Credit Card, legal, swipe fees