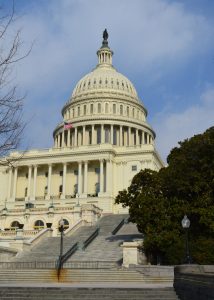 While the labor shortage has impacted businesses across the board, franchisees know firsthand how the hospitality space is getting hit especially hard. Many workers in hospitality, who lost their jobs during the pandemic, don’t intend to return to work in the industry, according to research from the career site Joblist that examined the second quarter of 2021. In fact, half of the respondents to the Joblist U.S. Job Market Report polled said that they wouldn’t return to their old jobs, while a third stated that they weren’t even considering reentering the industry. Those who worked in hotels and restaurants pointed to low wages, meager benefits and stressful working conditions as the main reasons for their decision. Now, in a push to make it easier for franchisees to find workers, the Coalition of Franchisee Associations (CFA) is trying to press federal lawmakers to change U.S. worker and immigration policies.

“This is a huge issue and it spans across different industries we represent—hair salons, gyms, restaurants, learning centers. They’re all struggling and suffering [with] staffing shortages and losses because of COVID. The fact that former employees are not returning to work is devastating to them,” says Misty Chally, executive director of CFA.

CFA is focused on a number of different policy changes. Among them:

Allow the retired to work and keep benefits

Currently, partially or fully retired senior citizens who return to the workforce may be taxed on their Social Security benefits, Medicare coverage, pensions and other retirement accounts because of existing IRS rules. CFA, which is comprised of representatives from 22 different franchised systems – and of which DDIFO was a charter member – hopes to change this so that retired workers don’t get penalized for returning to work, and franchisees can hire the staff they need.

CFA Chairman John Motta, who owns and operates 32 Dunkin’ stores in New Hampshire and Virginia, says this is the easiest way to help the job shortage. Motta first discussed the idea with former New Hampshire Senator Kelly Ayotte and continues to push the issue.

“There’s a great amount of retired people out there who need extra income and who would help us out. I have employees now who say, ‘I’d work more hours, but I’d lose my benefits.’ It’d be a win for them and us employers who need people,” says Motta.

He believes, while the pandemic influenced people to reconsider their job choices, the labor shortage is mostly a function of Baby Boomers who have stopped working. “In the last five years, there have been more Baby Boomers retiring than people entering the workforce, and this has gotten worse and worse each year,” says Motta.

According to data from the Pew Research Center, “Between 2008 and 2019, the retired population aged 55 and older grew by about 1 million retirees per year. In the past two years, the ranks of retirees 55 and older have grown by 3.5 million.”

Additionally, Pew found workforce participation by people from 16- to 24-year-olds dropped by 10 percentage points between 2000 and 2019 from 66% to 56%, which Pew attributed to “young people increasingly [pursuing] schooling rather than employment.”

Workforce for an Expanding Economy Act

In order to expand the pool of workers for franchisees, CFA began looking into establishing a new federal visa program that would allow employers to petition for employees who do not have college degrees.

“Right now, there is a category of visas for people who have more advanced degrees to get them to come over and help. This would be similar, but for individuals who don’t have college degrees and want to work in entry level positions to help boost the economy,” says Chally.

Last fall, Motta says, CFA teamed up with the National Restaurant Association, which was already working to reform immigration policy. “We agreed we’d work hand-in-hand on a policy to send to Washington,” he says.

Chally says while doing their research, CFA learned of a similar bill called the Workforce for an Expanding Economy Act, or H.R. 1740, introduced to the House on June 30, 2021. This bill seeks to create a new “H-2C” nonimmigrant visa category for non-agricultural, low-skilled workers to fill occupations. Jobs that require a bachelor’s degree or higher level of education would not be eligible. The bill is intended to fill jobs that have remained open for a certain amount of time and are located in an area where the unemployment rate is 4.9% or less.

Tad Mollnhauer, secretary of CFA and franchisee of two UPS stores in central Florida, says immigration and diversity is what makes America great. “It’s a country built upon immigration and America has benefited from immigration, so expanding programs that currently exist to bring people here who want to be part of the American dream and do it legally, is a huge benefit for everybody,” he says.