By Michael HobanPublished May 2, 2019Category Features 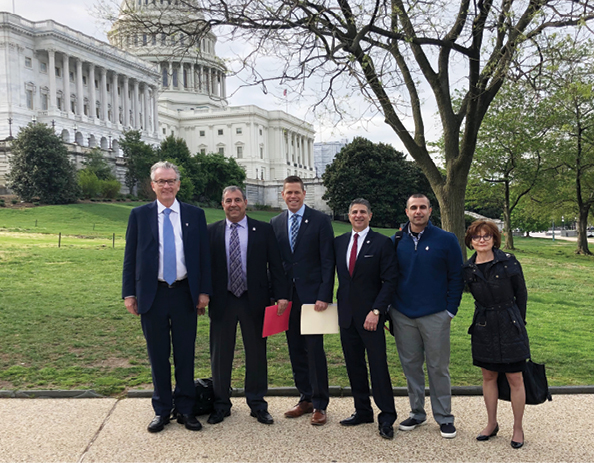 Not long after assuming the role of chairman of the Coalition of Franchisee Associations (CFA) in January of 2018, long-time Dunkin’ franchisee John Motta said that one of his goals was to make sure the voices of franchisees were heard more clearly on Capitol Hill.

“We meet twice a year, we go to Washington, we talk to our representatives, but I don’t think we make the impact that we are capable of,” Motta told Independent Joe in an interview last May.

So Motta and Rob Branca, chair of the Brand Advisory Council’s Government Affairs Committee, recently took strides to increase the impact of CFA by spearheading a campaign to educate the incoming class of new members of Congress on the nature of franchising – and more specifically, to drive home the point that the men and women who own franchises are quintessential small business owners. Dubbed Franchising 101, the session was designed to counter some of the misinformation about franchising that has been advanced by books such as “Fissured Workplace” by David Weil (which paints franchising as a scam), and to demonstrate how the model is a path to small business ownership for those willing to work hard.

“Many times when we go to the House of Representatives or to the Senate and speak to staff or members of Congress, a lot of them don’t understand franchising,” says Motta, adding that all too often, people equate the franchisees with the brands they represent. “They hear ‘McDonald’s’ or ‘Dunkin’ Brands’ and they’re thinking of the billions of dollars of profits, or the CEO who’s making a $100 million. But that’s not us. We’re small business people working in the communities.”

Branca began the session by talking about what franchising is, what it represents to the American economy, and how the model has the capacity to alleviate income and opportunity inequality by serving as a path to small business ownership. “Franchising is the only place where you can walk into a business not knowing anything, and you can be taught everything you need to know about every single job over time – up to and including owning and managing that business – without having any formal education. It’s a business school curriculum where you’re getting paid to learn,” he said.

Branca related the stories of two of his partners, each of whom began as low wage employees, but who now own and operate dozens of stores in New York and Ohio. And it is a scenario that he has seen repeated over and over in his 15 years as a franchisee. And while he stressed not all brands work as collaboratively with their franchisees as Dunkin’, the best provide franchisees with a playbook for success—providing extensive training and marketing support.

Schmidt-Kirman provided the gathering with a primer on franchisor-franchisee relationships, including her own experiences as a Kumon franchise operator in New Jersey. Kumon provides after-school reading and math programs for students from pre-school through grade 12. She explained that franchising is represented in a variety of businesses, from quick-service restaurants to muffler shops to hair salons. They may have different business models, she noted, but they operate under the same philosophy.

She became an active member of the International Association of Kumon Franchisees (IAKF) just six months after opening her center in 2008 in response to Kumon allowing another franchisee to open a center close by. The experience underscored how the franchisor model and the franchisee model can be very different. “Sometimes there’s an overlap – what’s good for them is good for me – but other times we’re going to be at odds,” she says. “You will find some franchisor-franchisee relationships that are very good, some are kind of in-between, and others are outright contentious.” 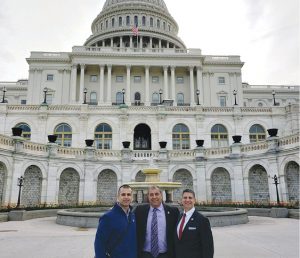 Braddy, the Burger King operator, stressed the role franchisees play in their communities—from sponsoring charity road races to feeding the homeless, which his Baltimore store does on a consistent basis. “People in my neighborhood know that if they don’t have anything to eat, they can come here and get a meal,” says Braddy, who had a career as a police officer before joining the BK system.

“These are the things that franchisees do,” he says. “I’m a single-store franchisee with 29 employees. Burger King doesn’t give me anything but some advice and their name.”

He has developed key relationships with schools and the local community center, providing summer and part-time employment for neighborhood kids, and scholarships for his employees to further their own education. He has also collaborated with other Baltimore-area franchisees to support charities like the MS Foundation. Braddy believes the goodwill he earned in his community was the reason neighbors protected his restaurant from harm during the riots that occurred following the death of Freddie Gray, the Baltimore man mortally wounded while in police custody.

In communities across the country, franchising represents an antidote to income and opportunity inequality, a point Branca made and Shah of AAHOA reinforced. “The phenomenal thing is that these are good local jobs, opportunity jobs where you can climb the ladder,” said Shah. “Not only is franchising the single greatest avenue towards small business ownership, it’s the single greatest avenue towards minority small business ownership in the history of this country. And that’s the manifestation of the American dream.”

Following the panel presentations, there was a lively Q&A for the Congressional representatives on topics ranging from the minimum wage, to the mechanics of opening a franchise, to the health of the franchise business model.

Motta, the CFA chair, said feedback from the session was overwhelmingly positive. Akash Chougule, a staff member at the House Committee on Education and Labor, sent a follow up email which was shared with Independent Joe. “[The session] was the most valuable outside group briefing I’ve attended so far on Capitol Hill – and not just because I’m a Dunkin’ loyalist. It was replete with inspiring stories, important background information, and direct public policy priorities.”

Branca says in addition to educating members of Congress on how franchising really works, events like this one help build relationships with legislators and staff. It’s critically important, he says, “Because when an issue arises, having some history and knowledge of your viewpoints is always constructive in getting it resolved.”

Motta believes CFA accomplished its goal with the Franchising 101 session. “Now we’re thinking of expanding it, because it was such a success,” he says. “We’ve already spoken to Dunkin’ Brands, and we’re thinking of taking the presentation to the state level to try and educate state lawmakers.”