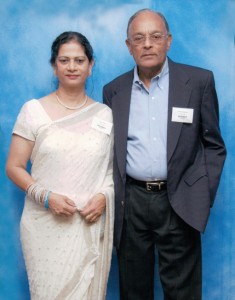 When the company you’ve worked for suddenly decides you are expendable, your sense of security can vanish, even if you are the calmest of personalities. However, for Shub Hegde, the experience meant just one thing: Opportunity.

It was the early 1990s and Hegde, who was born in a small town in southern India and moved to the U.S. in 1965, worked in finance for Gulf and Western Industries, a growing conglomerate that was buying up large companies like Paramount Studios, Madison Square Garden and Simon and Schuster. But, when Gulf and Western founder Charles Bluhdorn died in 1983, the new chief executive made an about-face and started selling off parts of the company. In its restructuring, Hegde was offered an option to move to another part of the company. He opted out.

“I wanted to get out of the corporate world and was planning on going back to India to start a business there,” says the now 74-year old. “But that fell apart.”

Eager to own his own business, he began researching various fast food franchise options in the U.S., including McDonald’s and Dunkin’ Donuts.

“At the time, if you wanted to own your own McDonald’s you had to either get on a waiting list or take one that was in the boondocks,” he says. “I knew someone who owned a Dunkin’ Donuts store, so I talked about it with him and it seemed like a more attractive opportunity for me.”

Hegde is a numbers guy and was attracted to the Dunkin’ system, and, in particular, its bottom line.

“I had looked at the numbers and it was reasonably attractive for the type of investment you had to make, so I hoped I could make some money.”

A new opportunity in a new state

Wilmington, Delaware is about 100 miles from Central New Jersey, where Hegde and his wife were raising their family. Close enough, he thought, to own a Dunkin’ Donuts location.

It was 1994 and Hegde was optimistic. He purchased an existing store and started commuting to work.

“It was 104 miles one way from my house to the store and I commuted for the first six months. Then I rented a small place in Wilmington and stayed there for six months. The whole process was an experience I’ll never forget,” he says.

And, business was tough. When he first took over, the store was barely grossing $8,000 a week in sales. “The first year I barely broke even,” he says. “It was doing badly because the former franchisee really didn’t take care of it. I fixed it completely and did what was required—a little bit of painting, fixing the parking lot and a lot of local promotions. That really helped. By then, it wasn’t making that much money, but it was doing okay.”

The second year, Hegde says he earned more than 10 percent in operating margin and his confidence began to build. “I thought, ‘I can run this business,’ I can hire some decent people.”

It took some time – and a lot of hard work – but the store finally reached $15,000 a week in sales, and stayed there. Hegde enjoyed the success but the commute was wearing on him and he missed being with his family in New Jersey. 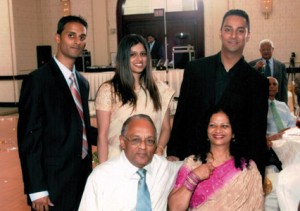 Time to sell… and buy

Hegde stuck with the Delaware business for three years, then sold his store in 1997. He wasn’t finished with Dunkin’ Donuts; he liked the business, but he wanted to grow a network closer to his hometown.

Just a couple of months later, he bought two existing Dunkin’ locations in Ocean and Monmouth Counties. He says they were doing okay, at the time.

“I thought the numbers were okay but not great,” he says. “However, it’s a good market and had good potential. I wanted to get into it and develop more stores.”

He eventually did, through new construction, a relocation and purchases of existing stores until he had a nine-store New Jersey network.

Like other long-time operators, Hegde keenly remembers the struggles as well as the triumphs. There were many early mornings he thought about Fred the Baker and his famous commercials.

“I would come in in the middle of the night,” he says, because the regular baker had called in sick. He never considered any other option; this was his business. “You have to understand that kind of situation isn’t easy, but if you made up your mind, you did what you needed to get done.”

Hegde believes his background in finance and his ability to keep his eye on the big picture have helped him achieve success as a Dunkin’ Donuts franchise owner. But, he is also quick to point out that any successful franchisee has to do his homework.

“If you want to get into this business, you need to understand why you want to get in,” advises Hegde. “What do you want to do? Can you make some money out of it? I had some very good finance experience, but besides that you have to commit to yourself that this is what you want to do and put any time and effort into it that it requires. If you’re not willing to make that time and commitment it’s hard to succeed in this environment.”

And, even if you are committed, Hegde notes, timing still has to be on your side.

Jacksonville is Florida’s northernmost big city—straddling the Georgia border. An old paper mill town with the largest deep water port in the South, Jacksonville has grown into a banking and manufacturing center. It’s also home to an NFL franchise. In the mid-2000’s, as Dunkin’ Brands was expanding its Florida footprint, Hegde was presented with the opportunity to purchase two existing stores in Jacksonville.

“At that time, the city of Jacksonville had fewer than a dozen Dunkin’ Donuts stores, so the market just wasn’t there,” Hegde says. Plus, the nation was on the brink of recession. Jacksonville would not reach its market potential until after the economy improved.

“[My two stores] tanked completely and I ended up selling and getting out,” he remembers without a sad or sour note. “Right now, [Jacksonville] has 30-40 stores and is doing reasonably well, I understand.”

The Florida experiment taught Hegde a few things. First: the Florida market would never be like the New York/New Jersey market—buying habits, traffic patterns and store sales were all different. He also realized how important it is to research a market before buying a business there.

“I felt that I could just jump into it, but afterward I realized you need to find out what the market is all about. Back then I didn’t realize the southern market would be different than the north.”

Something else Hegde has learned in his different Dunkin’ experiences: You have to know how to respond to changes in the marketplace as well as changes in your own system.

“It’s extremely competitive today, so many [Dunkin’] stores have opened in the last few years and we have competition from 7-11 and mom and pop stores. Everyone wants to sell coffee.”

What’s more, he says, the numbers are different. “It’s not quite the same bottom line, and even the top line has changed. It has changed quite a bit.”

When he was commuting to and from Delaware, Hegde’s two sons, Ram and Sudhir, were too young to work at their dad’s Dunkin’ shops. And, even in New Jersey, it took 45 minutes to drive to the family’s business units. Unlike many second generation franchisees, the Hegde boys did not grow up serving coffee and donuts.

“It wasn’t until after college, when I asked one of them what they planned on doing and he said he was interested in coming aboard and working with me.”

“It’s made my life much easier,” he admits, though he remains active with DDIFO and the IAFO, (Independent Association of Franchise Operators) a subchapter of DDIFO in New Jersey. Time away from work means more travel. “I also like to get back to India a few times each year,” he says.

Like many people of his generation, Shub Hegde sought job security in corporate America. There was a time he even imagined retiring from Gulf and Western and living off his pension. When that dream evaporated, he chased a new dream: that of the entrepreneur. There have been ups and downs, but for Hegde the decision to become a Dunkin’ Donuts franchisee has provided more security for him and his family than he ever imagined.