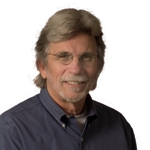 DDIFO Board Member Patrick Kaufmann grew up in Birmingham, Michigan, a leafy suburb halfway between Pontiac and Detroit.

Pat holds a BA in Economics from Georgetown University; where he was a classmate of President Bill Clinton. He also holds a JD from Boston College Law School, an MBA from Wharton, and a Ph.D. in Marketing from Northwestern University.

He served in the US Navy as an officer, for three years after graduating Georgetown.

Prior to becoming a professor at Boston University in 1998, Pat was on the faculty of the Harvard Business School and Georgia State University, and he practiced law in Boston.

He is currently a full professor of Marketing and Chair of the Marketing Department at Boston University.

Franchising has been Professor Kaufmann’s central research area since the mid 1980’s.
He has written numerous case studies on franchising including ones on Dunkin’ Donuts.  During that time Pat served on the education committee of the International Franchise Association (IFA). That is when he met Bill Rosenberg, founder of Dunkin Donuts as well as founder of the IFA.

Pat’s connection to DDIFO came about because of his membership in the New England Franchise Association (NEFA). At NEFA events he met Kevin McCarthy and Jim Coen. While Professor Kaufmann was teaching an honors seminar on franchising at Boston University both of Kevin and Jim were guest speakers.

Kevin and Jim asked Professor Kaufmann to consider joining the DDIFO board.  After a meeting with the Board and franchisee leaders he was invited to join and he accepted. Pat became a DDIFO Director in November 2008.

Professor Kaufmann says, “I am delighted to to be apart of the DDIFO Board and to have the opportunity to work with the Dunkin’ Donuts franchisees.  I believe DDIFO can accomplish a lot in its goal to help franchisees operate more profitably in this difficult economic environment.”

Pat resides in Belmont with his wife; he has a daughter who is a sophomore at Harvard University. She is studying health policy and is a member of the varsity swim team.