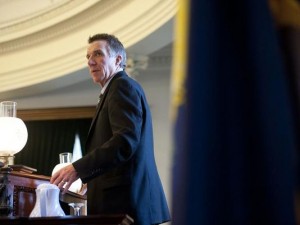 The Vermont State Senate by a lopsided 26 – 2 vote this week passed H 112, a bill requiring the labelling of so-called GMOs (genetically modified organisms) that positions the Green Mountain state as potentially the first state in the nation to mandate the extra labeling.  The bill was amended before it cleared the Senate passing n a different version of the bill passed by House earlier this year, so it was sent back to the House for concurrence.  If the House does not concur, a conference committee will be appointed to iron out the differences.  Vermont Governor Peter Shumlin has indicated that he will likely sign the bill should it reach his desk.  Both Connecticut and Maine have passed their own bills requiring the extra labeling of foods with genetically modified ingredients, however their laws do not become effective unless and until a bordering state also requires the labelling.  Ballot initiatives to mandate GMO food labelling were recently defeated in California and Washington, while separate initiatives are underway to put the question before voters in Oregon and Colorado.