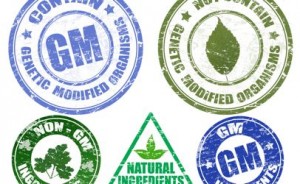 This battle continues to heat up as a different approach was taken last week in Congress where a bill was filed that would preempt states from enacting their own GMO food labelling laws.  Known as the Safe and Accurate Food Labelling Act, the legislation provides that the Food and Drug Administration would be required to mandate labelling of GMO foods only when they are found unsafe or materially different from foods produced without biotech ingredients.  The bi-partisan legislation was co-sponsored by Congressmen G.K Butterfield (D-NC) and Mike Pompeo (R-KS).  It is reported that 80% of packaged foods in the US contain ingredients that have been genetically modified.  On the same subject, General Mills, Inc just this week released its 2014 Global Responsibility Report, wherein they state that not only are GMOs safe, but they may also offer a solution to food insecurity worldwide.  The company acknowledges consumer concern over bioengineered food ingredients, but claims there is a broad global consensus within the food and safety regulatory world that biotech crops are every bit as safe as conventional crops.