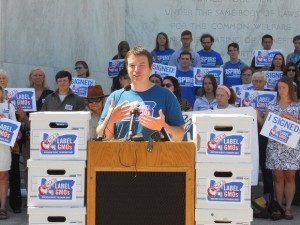 Well, now that all the votes have been counted and the results are in, the question of mandating labeling of “genetically modified organisms” (GMOs) is still not finalized in Oregon and will be the subject of an official recount, believed to be scheduled for December 12.  According to results at this point, State Ballot Measure 92, seeking to mandate GMO labeling, was defeated on the November ballot by just 0.6 percent of Oregon voters, a small enough margin to trigger the recount.  Early betting believes the recount will not change the result.