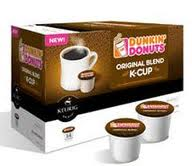 That’s when it will lose the main patents on K-Cups, the coffee pods that helped make Green Mountain the largest player in the $1 billion-plus U.S. single-serve coffee market.

Once the patents expire, competitors can make their own version of K-cups and threaten the prospects of a company already battling criticism from hedge fund manager David Einhorn that its market-share gains have peaked. Einhorn, president of Greenlight Capital Inc., declined to comment for this story and won’t say if his firm is shorting the stock.

“New entrants into private label could hurt their volume,” said Bea Chiem, a San Francisco-based analyst at Standard & Poor’s, who gives the company a B+ credit rating, four levels below investment grade. When the patents run out, it could also “open up the door for other branded competitors to step in,” she said.

The Waterbury, Vermont-based company fell 39 percent on Nov. 10, the day after reporting fourth-quarter sales that trailed analysts’ estimates, erasing about $4 billion in market value. The shares have since clawed back 26 percent, falling 1.2 percent to $51.69 yesterday. Green Mountain has advanced 57 percent this year, compared with a 3.3 percent slide in the Standard & Poor’s 500 Index.

Green Mountain got into the single-serve coffee business in 2002 when it paid $14.4 million for 41 percent of Keurig Inc., a maker of coffee brewing machines. Four years later it bought the rest of Keurig, selling the brewers at a reasonable price and making money on the K-Cups — which only worked with Keurig machines — much the same way Procter & Gamble Co. does with razor blades. Sales have since increased an average of 65 percent a year.