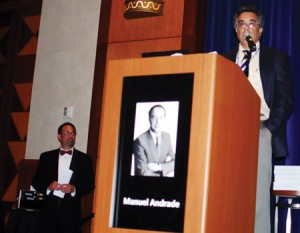 “It’s so important that we recognize the accomplishments of these franchise owners. Their commitment helped bring us to where we are today.”

This year, DDIFO will again recognize the pioneers and visionaries who helped build Dunkin’ Donuts into the powerhouse brand it is today. The 2013 Hall of Fame Dinner and Awards Gala will be held on September 17 in conjunction with the DDIFO National Conference at Caesar’s Atlantic City.

“It’s so important that we recognize the accomplishments of these franchise owners,” said John Motta, chairman of the Hall of Fame Selection Committee. “Their commitment helped bring us to where we are today.”

As his committee prepares to begin the careful task of reviewing nominations for the next class of inductees, Motta says there are certain criteria that must be met. “We look at their accomplishments over time so a person in the system for 35 years has a better chance of being selected than someone who’s been in for only five years. But, it’s not about the size of someone’s network or their revenue; it’s what you contributed to grow this brand. You could have only one store but if you’re active in the system, serving on committees and supporting local activities in the community, we would strongly consider you.”

Motta says it’s important that franchisees from around the footprint participate in the nomination process so any outstanding candidate, no matter what region they are in, can be presented to the committee. “It’s important we make the right selection and we count on recommendations from other franchisees.” Motta says you can email him at soccerjpm@aol.com to discuss the nomination process.

“The process went extremely well last year. We analyzed the candidates and came up with an excellent group of inductees,” he said. 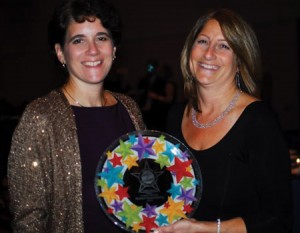 From Boston, to Baltimore to Boca Raton and from Pittsburgh to Palatine to Papillion, Nebraska, Dunkin’ Donuts franchisees are a group of well respected, successful business owners. Yet, without exception, when franchisees or their surviving family members are informed that they have been selected to the DDIFO Franchise Owners Hall of Fame, they are humbled.

Jason (Jay) Dubinsky was one of those franchisees. His induction in September 2012 was just a few months before he passed away. At the gala, he told everyone how much the night meant to him. And, after his death, his wife, Vicki, recalled how being honored by his peers for contributing to the success of a system dear to his heart, meant more to Jay than all the other accolades he received in his professional life.

“Knowing Jay and what a man he was, that was a tremendous moment last year,” said Motta.

So much of what makes Dunkin’ Donuts a great brand is its history and its people. The DDIFO Hall of Fame is where much of that rich history is celebrated and where the visionaries who are shaping tomorrow’s successes will be honored.