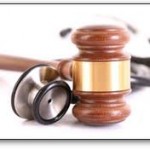 Last December, Virginia Federal District Judge ruled that the “individual mandate” provision of the health care reform law is unconstitutional, but not the rest of the law’s provisions. Two federal judges, one in Michigan and one in Virginia, have upheld the Act. Texas is one of the 26 states that have challenged the law in federal court. As the appeals to these various rulings make their way through the federal court system, it seems clear that this issue will be resolved at the Supreme Court.

Texas Attorney General Greg Abbott believes the Act will ultimately be held unconstitutional because “it is the first time…Congress has ordered citizens to buy a specific product.” Attorney General Abbott also wondered whether there would be any limits to congressional authority if the Act was upheld.

Just yesterday, the Senate voted to repeal the Act in its entirety. The effort failed on a party-line vote, 51-47. Since President Obama holds the veto pen, the repeal effort was largely moot from a practical standpoint. Not from a political standpoint, however, as the Republicans were swept into office largely due to voter dissatisfaction with the Act and would like to keep the issue alive as long as possible.