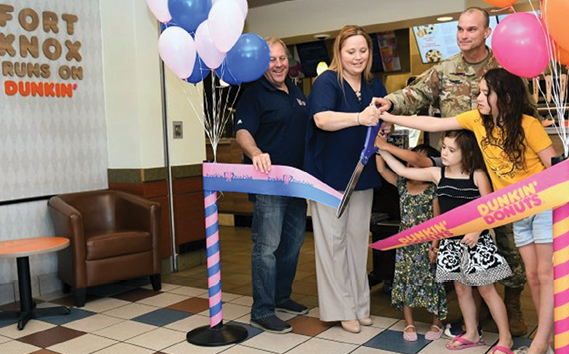 For Army veteran George Hart, a second career as a Dunkin’ franchisee began as a joke. “I’m from New Jersey originally, and I grew up on Dunkin’. To me, that’s what coffee tastes like, but when I was in the Army, I couldn’t get a good cup of coffee anywhere,” laughs Hart. “I would joke that when I retired I was going to open a Dunkin’ on every military base in the country, just to get a good cup of coffee.”

Hart turned that joke into a real-life mission in 2015, when he opened his first Dunkin’ at the Air Force Academy in Colorado Springs. The 60-year-old former reconnaissance helicopter pilot set a goal to open a Dunkin’ on each of the 44 military bases throughout the United States, and he is pursuing that goal with military precision. This month he’ll open his 14th store, and he has government contracts for six more.

Hart’s focus on getting his “taste of home” onto military bases may be unique, but the path from soldier to franchisee is a natural fit for men and women acclimating to civilian life. Transitioning out of a highly disciplined military routine is often challenging as they work to navigate their new lifestyle and, ultimately, find a new career path. Ironically, it is that very discipline and sense of mission that makes so many veterans successful at business in general, and franchising in particular. These are typically highly skilled, well-trained leaders who bring a practical perspective to their teams. They are accustomed to operations that are reliant on high-level planning, logistics and communication, and they have the discipline and experience to follow standard operating procedures to the letter. 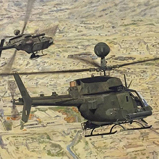 “It all fits a military person to a T,” says Hart simply. “We don’t know what failure looks like. ‘No’ is not an option in the military, failure is not an option. That attitude is probably the number one skill a veteran brings to the table.”

In the 10 years between his Army career and his start in franchising, Hart launched a consulting business leveraging his knowledge of government contracting. Certainly, his knowledge of military functions helped him navigate that additional step required to operate a franchise on a military installation. But when it comes to managing his stores, Hart’s business model reads like a case study on integrating military strategy into an operating model. 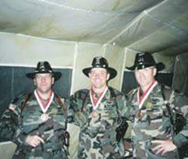 “I operate my staff similarly to how the military is managed, like a well-oiled machine based on trust, honesty and hard work,” explains Hart. Because his network is spread over six states across the country, store managers are empowered to act as the owner/operator of their unit. They are supported by traveling district managers who visit each location every month. All managers participate in a mandatory six-week training program at Colorado’s Fort Carson, and he encourages his teams to search for solutions, rather than simply presenting problems.

Franchisors have taken notice of the value of having veterans as franchisees, and many have programs to incentivize that relationship. VetFran, an initiative of the International Franchise Association (IFA), has been connecting veterans with franchise opportunities since 1991. One of the ways they do that is to encourage franchisors to offer discounts to qualified vets. VetFran manages a database of more than 500 vetted franchise opportunities on their website, many of them quick-service restaurants. 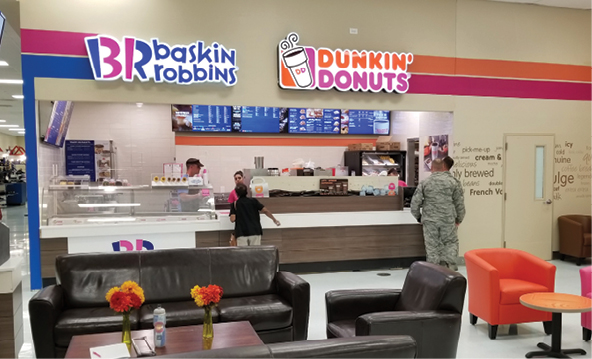 Dunkin’ is an active participant in the VetFran program. The brand offers qualifying veterans a 20% discount on the initial franchise fee for new store development agreements for five or fewer restaurants. The application for veterans is the same multi-step process that other candidates must complete before approval; it includes candidate pre-qualification, a business plan and financial reviews.

Dunkin’ also offers other reduced or deferred Initial Franchise Fees (IFF) for qualified franchisee applicants who can commit to large development deals or who are developing in new markets. Other brands under the Inspire flag have similar incentives for veterans. Baskin-Robbins offers $25,000 off the initial fee for a veteran to open their first shop. Arby’s gives honorably discharged veterans 50% off the standard franchise fee.

Other QSR’s in the VetFran program include Smoothie King, with a 20% discount off the franchise fee; Pizza Factory, which offers 25% off; and Teriyaki Madness, which offers 15% off the IFF.

The commitment from these brands to encourage veteran franchisees appears to be working. According to VetFran, veterans make up approximately 7% of the adult U.S. population, but account for 14% of all franchise owners in the country. The Dunkin’ veteran program began 18 years ago. Today approximately 50 veterans are in the system.

Hart acknowledges that the financial piece of starting and running a franchise can be intimidating. “The military is excellent at teaching you every single skill to be a business owner, except financial management,” he says reflectively. “What’s a P&L? What’s a balance sheet? Cash flow? I went to the Small Business Administration and said ‘I keep hearing these words, what do they mean?’”

Hart got his answers and moved into franchising, but stresses that business ownership isn’t the only opportunity within Dunkin’, or any franchise. Those same skills: people, planning, security, operations and logistics also make military veterans uniquely qualified to become general managers, district managers, and operations managers.

Hart’s company, the Aesir Group, practices a “hire vets first” policy at each of his locations. At least half his staff are either veterans, family members of veterans or active duty military. His senior staff consists mainly of veterans and he is devoted to hiring previous service members in managerial roles.

“Everybody wants to hire veterans because they are good, quality employees. But how do you reach them?” asks Hart. “If we focus on recruiting and hiring veterans, we can really help people develop into a career in the food service industry.”

One way for franchisees to reach military men and women seeking opportunities after their service is through the U.S Department of Veterans Affairs Transition Assistance Program (TAP). TAP provides resources and tools to service members transitioning to civilian life, including resume writing, interview skills and salary negotiations. Hart is also exploring a TAP training and internship program for active-duty personnel in the final six months of service. It’s called SkillBridge, and franchisees can submit a proposal to become an industry partner. If approved, military members complete a 6-month internship, paid for by the government, where they can gain on-the-job skills and possibly employment. It can bring significant value to both the vet and the business.

Dunkin’ is known as a veteran-friendly brand, even beyond franchising and job opportunities. Dunkin’ helps honor the sacrifice of military veterans and celebrate their contributions to society through its work with nonprofit organizations like A Million Thanks, which supports active, reserve and veteran military by sending millions of letters of thanks and encouragement directly to service members. Last year, Dunkin’ made a $10,000 donation to A Million Thanks and gave customers the opportunity to show their appreciation to veterans by creating their own digital letters via the brand’s Instagram stories.

Through the Dunkin’ Coffee for Our Troops program, Dunkin’ sends a case of coffee to deployed troops each week, based on recommendations from friends, family members or the troops themselves. Since 2003, the brand has sent over 240 pounds of coffee to active military members each week, totaling more than 300,000 pounds of joe. Finally, there is the annual sweet salute to military members, where restaurants nationwide offer veterans a free donut of their choice on Veterans Day.

George Hart says he will continue to do anything he can to help veterans find opportunities for their future. He is grateful to be able to pair his personal mission to serve his military brothers and sisters with a product he loves and believes in. “I tell my crew to understand that you may be handing a coffee out the window, but you’re handing it to somebody who is defending the nation.”