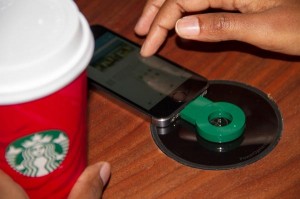 We noted that Tim Horton’s plans to increase the price of a cup of coffee at their Canadian locations next Wednesday by $.10 per cup.  In addition, the chain also plans to increase the price for their breakfast sandwiches across all provinces except Ontario.  There was no specific mention of increases in US stores.  Speaking of increased coffee prices, we couldn’t help but notice that J.M. Smucker Company now believes that raising their coffee prices earlier this year was a mistake and it has resulted in a sharp drop in sales volume for its Folgers coffee products.  We also took note that Starbucks has begun offering free device charging at 200 of its west coast stores and moving forward, will be selling a Duracell wireless charging device at all of their US locations within the next few months.  Lastly, Krispy Kreme recently launched a line of fruit Danish pastries into supermarkets.  The individually wrapped pastries will not be available at Krispy Kreme stores.