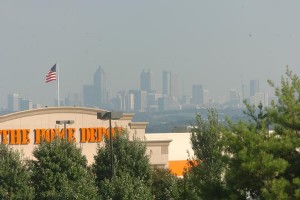 It is now estimated that the data breach at Home Depot discovered earlier this month will end up costing the home improvement giant as much as $62 million!  The company this week reported they had identified the malware responsible for the breech and that the personal information of some 56 million customers had been compromised.  Sadly, the story doesn’t end there however.  Just yesterday, in a follow up story, the Atlanta Business Chronicle reported that no fewer than a dozen new federal lawsuits have been filed against Home Depot because of the data breech.  Six of the suits were initiated in federal courts in Atlanta, Georgia while another half dozen had been initiated in Illinois, Louisiana, Florida, California and New York.  Several of the suits are by banking institutions which allege that because of Home Depot not protecting their customers’ information, the banks have had to replace their credit and debit cards.