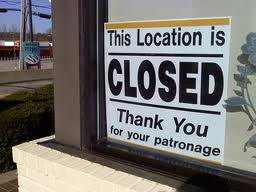 No matter how you slice it, Tim Hortons pull-out from Providence, Hartford and some shops in Maine, proves that the investment Dunkin’ Donuts franchise owners have made in these New England markets has paid off.

“I’ve been working with Dunkin’ franchise owners in this area since the 1960’s,” said attorney Carl Lisa. “The way they built this market even a competitor as good as Tim Hortons couldn’t compete.”

On November 10, Tim Hortons announced it was immediately closing 54 locations in the northeast including all its Massachusetts, Rhode Island and Connecticut locations plus two stores in Portland, ME. “It won’t work everywhere,” Chief Executive Officer Don Schroeder said, referring to his company’s failure in New England. But, Schroeder says he expects the decision to have a positive impact on its U.S. business. The company plans to open 300 new U.S. stores over the next three years.

Steve Gabellieri, a franchisee owner in Cranston and Providence, RI – and a former Dunkin’ Brands executive – says he was not surprised Hortons had to throw in the towel. “The power of the brand coupled with the franchisees’ unwillingness to settle for second best, delivered the knock out punch.”

In 2004, Hortons took over 42 former Bess Eaton stores in Rhode Island. At the time, Rhode Island Governor Donald L. Carcieri congratulated Hortons for its Ocean State achievement. But, Hortons could not achieve the market penetration necessary to keep on fighting. In the third quarter of this year, Hortons’ U.S. segment had an operating loss of $17.5 million.

According to Lisa, at the time Hortons opened its Providence stores, local owners and the brand geared up for major competition. But, much like Krispy Kreme’s failed move into the region, Hortons was unable to compete with Dunkin’s dominance. Dunkin’ Donuts shops are so tightly integrated into Rhode Island’s culture that people routinely give directions using Dunkin’ locations. “Take a right at the Dunkin’ Donuts.”

“While we cannot comment on Tim Hortons’ business, we do know that the passion for Dunkin’ Donuts in Providence and Hartford is unmatched thanks to our franchisees,” said Karen Raskopf, Sr. Vice President of Communications for Dunkin’ Brands.

Franchise owner Chris Prazeres says he believes the deck was stacked against Hortons from the start. “It would be like Dunkin’ going into Seattle. That is Starbucks country, but this is Dunkin’ country,” he said.