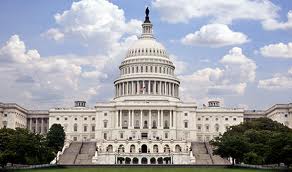 The Hill reports that the House on Thursday passed a bill that would require federal agencies to take more care to measure the effect of regulations on small companies, and provide alternatives to rules that might impede small business growth.

Members voted 263-159 in favor of the bill; more than two dozen Democrats voted for it.

The bill, H.R. 527, would also require a review of past rules, and give small companies more authority to fight rules they say are too burdensome.

The legislation is the latest of several proposals that Republicans have advanced in the name of trying to create a more hospitable environment for job creation. House Small Business Committee Chairman Sam Graves (R-Mo.) said the bill would remove several loopholes that federal agencies have used to avoid complying with the Regulatory Flexibility Act (RFA), which was meant to ensure federal rules are mindful of small companies.

Democrats argued that Republicans are effectively trying to regulate the regulators to the point that they would not be able to work.

“What it does is require agencies to engage in so much analysis and so much new procedures that it basically befuddles the agencies to bring forth any rules in the future,” said Rep. Steve Cohen (D-Tenn.). “It is elimination by burdensome regulation, and while it doesn’t say they’re eliminating rules, that’s the effect of it.

“The cumulative effect of this and other changes in H.R. 527 will be to undermine the ability of agencies to effectively regulate consumer health and product safety, environmental protection, workplace safety, and financial services industry’s misconduct, among other critical concerns,” Cohen added.

But Republicans rejected this, and said the bill would only require agencies to do more to ensure small companies can comply with their rules.

“Opponents will argue that the bill stops agencies from issuing regulations,” Graves said. “However, the reality is that H.R. 527 will force agencies to consider how their actions affect small businesses and other small entities.

“More importantly, if the effects are significant, agencies, not small entities, will have to develop less burdensome and costly alternatives,” he added.

With House passage, the bill goes to the Senate, which is not expected to consider the legislation.