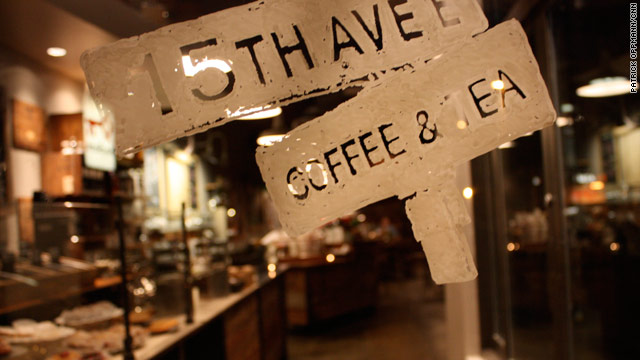 Patrick Oppmann writes at CNN that there are over 15,000 Starbucks in the world but none like the one at 328 15th Avenue East in Seattle.

Officially the coffee shop is called “15th Ave Coffee and Tea” but the store and a similar sister location have earned another name: “the Stealth Starbucks.”

At first glance the coffee shops in the mega-chain’s hometown of Seattle do not even look like Starbucks.

The ubiquitous smiling Mermaid logo has apparently swum away, there are no baristas in trademark green smocks either and not a tall, grande or venti sized beverage in sight.

Inside, pages from Plato’s dialogues decorate an entire wall, sweeteners sit on a bathtub converted into a table, beer and wine are for sale and employees dole out customized drip coffees along with advice on which are the best beans.

At every turn, the message seems to be here “it’s about the coffee.”