By AdministratorPublished May 13, 2011Category Legal Updates 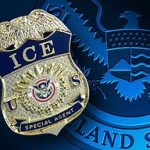 Chipotle officials declined to reveal the locations of the units that were visited, but news reports cited Georgia, California, Washington, D.C. and Minnesota, among others.

In a call to analysts last month following the release of first-quarter results, Chipotle co-chief executive Monty Moran confirmed that the criminal division of the U.S. attorney’s office in Washington, D.C., had asked to review documents related to an ongoing investigation being conducted by the U.S. Immigration and Customs Enforcement agency, or ICE.

Officials with the 1,100-unit chain said Wednesday that the company has not been forced to dismiss large numbers of employees based on the current probe.

Earlier this year, Chipotle dismissed 450 workers after ICE officials questioned the validity of immigration documents required to prove eligibility to work in the United States. The ICE investigation was later expanded to include Chipotle locations in Virginia and Washington, D.C., where another 40 employees were dismissed.