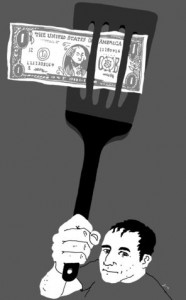 As had been anticipated, the International Franchise Association has filed a legal action challenging the passage and enactment of Seattle’s new $15/hour minimum wage.  The lawsuit, which had been promised by the IFA since last week, challenges the validity of the Seattle ordinance under a broad and lengthy array of charges including: violating the US Commerce Clause, Equal Protection, Supremacy and Contracts Clauses of the US Constitution as well as the Freedom of Speech and Freedom of Association clauses of the United States Constitution.  In addition, the challenge alleges violation of Article XI, Section 11 and the Contracts Clause of the Washington State Constitution as well as being preempted by the Lanham Act and ERISA.  The challenge, which can be viewed in its entirety here, asks that the ordinance be declared unconstitutional under both the US and Washington State Constitutions; that a permanent injunction be issued against the implementation of the ordinance; and that plaintiff be awarded reasonable attorney’s fees for pursuit of the matter.  Recall that the ordinance requires small business owners who happen to be associated with a franchise to comply with its mandates within 3 years, while other small business owners, not associated with the franchise business model are not required to comply for a total of seven years.  The Seattle Times recently issued their second editorial in as many weeks against the job-killing proposal this week.