Nation’s Restaurant News report that IHOP plans to grow its presence on college campuses through a partnership with Aramark and expand its name beyond the restaurants with a new licensing program, the company said Monday.

The 1,483-unit family-dining chain, owned and franchised by Glendale, Calif.-based DineEquity Inc., already includes one IHOP Express location operated by contract feeder Aramark at the University of Tennessee in Knoxville. 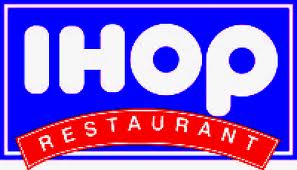 DineEquity spokesman Patrick Lenow said that location will be rebranded as “IHOP U,” the name the chain has designated for the limited-service variant at campus locations.

Five more IHOP U locations are planned with Philadelphia-based Aramark over the next two years, including one already in development at Virginia Commonwealth University, IHOP said.

IHOP has been focused on bringing the brand to more non-traditional locations since last year, when the company began experimenting with an IHOP Café in San Antonio, Texas, offering a smaller footprint, a heavier focus on coffee and specialty beverages.

Also in San Antonio, the company is testing a fast-casual version of the brand called IHOP Express, with a limited menu, an even smaller footprint and an order-at-the-counter service model designed for a food court setting.

IHOP is also looking at the development of branded grocery products, but Lenow said the company could not reveal any plans yet.  A growing number of restaurant companies are lending their brand names to frozen and prepared food products as a means of extending brand recognition to the grocery aisles.