By Ed ShanahanPublished November 23, 2016Category From the Executive Director 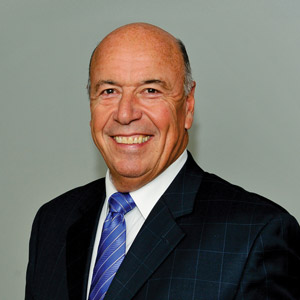 Growing up, I always loved the fall and the Thanksgiving holiday. It was the first family gathering after the World Series and there would always be some spirited conversations about the winners and the losers. For the longest time, the Chicago Cubs were one of the losers, but that all changed this year. As a Red Sox fan, I knew exactly how those Cubs fans felt when the curse was lifted. They were so thankful…

And that got me thinking about the importance of taking a step back, not just at Thanksgiving time, and contemplating what we have to be thankful for. For the purposes of this column, let me share why I am thankful to work with this organization.

The franchise owners in the Dunkin’ Donuts system are a fine group of businessmen and women. Each brings a sense of dedication and professionalism to his or her stores day in and day out. It is remarkable to see from my position, and I know it is inspirational to those with whom you work.

In my four years as your Executive Director I have been thankful for the challenges the job presents. This is not meant as a tongue-in-cheek or a “left-handed compliment,” but rather as an acknowledgement that sometimes we need to overcome adversity to thrive; we need to confront our fears to develop courage; we need to fail in order to succeed; and sometimes we need to break something in order to fix it. It makes all of us better for the effort.

We should all be thankful for those franchisee leaders who have stepped up and supported DDIFO throughout its 27 year existence. These are professionals who recognize the value an independent organization brings to bear on their relationship with the brand. We heard the theme echoed in conversations around the DDIFO National Conference and from the stage at the Hall of Fame dinner. “This organization is there for the franchisees like none other and everyone should support its efforts by paying to be a member.”

As I’m sure you’ve heard by now, Dunkin’ Brands proposed some important changes in its 2016 Franchise Agreement that would have negatively impacted a majority of Dunkin’ franchise owners. Dunkin’ pulled the deal off the shelves after Carl Lisa, acting as DDIFO general counsel, highlighted the changes in a memo to me, which we later publicized to our members. Even though the status of a new franchise agreement remains up in the air, all franchisees should be thankful for Carl’s work.

Today there are some 8000 Dunkin’ shops around the country and DDIFO has members in 22 states. We continue to make inroads with new franchise owners in emerging markets as well as with long-time, non-member franchisees in established markets. We were pleased to see members from 16 different states represented at our 7th annual National Conference, held at Foxwoods Resort & Casino in Connecticut. That’s progress and the right kind of growth. We are thankful for it.

Harkening back to the Cubs’ exciting World Series win, they were not discouraged when the Indians tied the score in the bottom of the 8th inning. Their now-famous team huddle during the late-inning rain delay proved they could pull together as a unit—one team with a shared goal, recommitted to the task at hand, with even more determination not to be denied. So, too, has DDIFO. We have faced our challenges, but we continue to do the work that our founders had in mind 27 years ago, when everyone thought the Chicago Cubs would always be loveable losers.