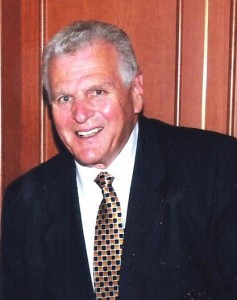 With much sadness, DDIFO acknowledges the recent passing of Jason Dubinsky, a pioneer in the Dunkin’ Donuts system and a member of the DDIFO Hall of Fame.  He passed away on April 3, 2013 in Florida.

“Jay” was instrumental in the growth and development of Dunkin’ Donuts and throughout his 37 years in the system, he helped shape the business as we know it today.  He was a past Chairman of the Northeast Zone, served as a member of the National Advisory Council as well as the National Ad Committee and was a former Chairman of the Boston Advertising Committee.  It is also significant that when DD Founder Bob Rosenberg suggested in the late eighties that franchise owners create an independent franchisee organization to protect themselves during a hostile takeover, Jay became the first president of the Dunkin’ Donuts Independent Franchise Owners, DDIFO!

Just this past September, Jason was recognized by his fellow franchisees and inducted into the DDIFO Hall of Fame.  His contributions to the success of Dunkin’ Donuts are an integral part of the history of the brand and he will long be remembered as one of its true franchise titans! We will miss him greatly!