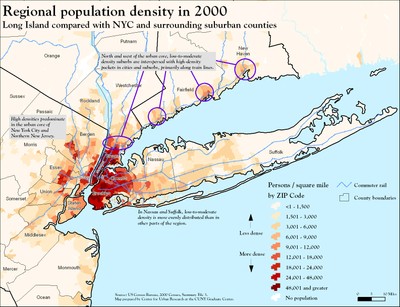 After existing in the large shadows of New York City’s advertising market forever, last month Long Island Dunkin’ Donuts franchisees formed their own committee to oversee ad spending in their local market. The plan, according to committee chairman and franchise owner Mike Imperato, is to enhance the Brand’s overall marketing efforts. “The Brand is behind this 100%,” said Imperato.

“In the last five years, the number of Dunkin’ Donuts on Long Island has doubled to 180. As a result of our numbers it made sense to create our own marketing group and Dunkin’ Brands loved the idea. In fact, they even collect the $50 each store contributes every week,” he said.

Long Island is sometimes considered the entire piece of land—four counties–that runs 118 miles from New York Harbor to Montauk Point. But, because two of those counties, Queens and Kings, are technically part of New York City, Long Island is broken out by the counties of Nassau and Suffolk. Combined, the two counties have over 2.7 million inhabitants.

By separating from New York City’s advertising market, Imperato says Long Island can better control how ads are bought and placed. He cited one example where stores across the road from one another were competing for customers by offering different coupons in local papers.

“A lot of the stores were cannibalizing one another. This new system will make it much more coordinated and benefit all franchise owners,” said Imperato.

Also, the group has input on the additional monies that will be spent in LI and to make suggestions to the Brand’s national marketing group.

Imperato knows the local market. He started working for a Dunkin’s in 1971 as a porter, then worked his way up to a baker and finally, in 1986, bought his first store. His vision for a local marketing group came from years watching Long Island stores get lost in the New York ad market.

“We have greater market penetration than ever before. That’s why this was the right time to do this,” he said.