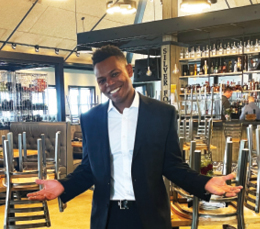 “It’s been a journey,” declares Yonas Hagos. For most of us, that off-handed line can cover everything from a tough morning commute to a challenging climb up the corporate ladder. For Hagos, describing his life as a ‘journey’ seems a bit like an understatement. A child refugee, Purple Heart recipient and Dunkin’ franchisee, Hagos’ story reads more like a Hollywood movie script, with plot twists at every turn.

“I was born in 1982 in a refugee camp in Sudan. My parents fled war-torn Ethiopia in the late ‘70s,” Hagos begins. He spent his early years in that refugee camp, living with his parents and four siblings in a mud hut with no electricity or running water. “There were some good people in that region, but I just remember the struggles. Sleeping on the floor, seeing the hardship.”

When Hagos was 9-years-old, his family immigrated to the United States, in pursuit of a better life. “My father came here first, in the late 1980s. He brought us here in 1992, and my life changed.” 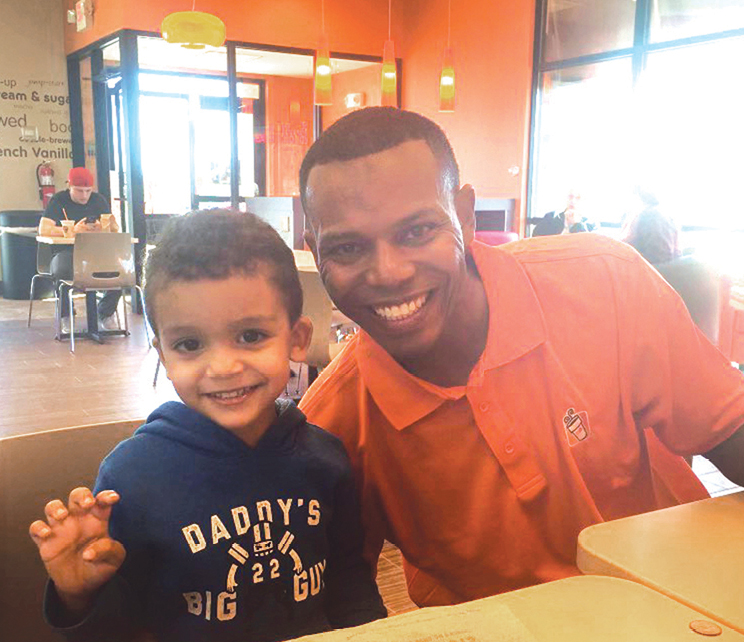 The young family settled in Wheaton, Illinois, about 30 miles west of Chicago. Home was a two-bedroom apartment in Section 8 housing. It was hardly glamorous by most standards, but it was considerably more comfortable than what they had left behind. The five children shared one bedroom and their parents worked constantly to make ends meet. “I grew up here poor,” reflects Hagos. “But we were rich in our heart.”

His parents’ work ethic had an enormous impact on young Hagos. He sought out any job he could find at his young age, from mowing lawns to shoveling snow. When he was 14-years-old, he got his first ‘real’ job at a local fast food restaurant. “My parents had to sign a work permit,” recalls Hagos. “And I fell in love with working because I was able to buy things I wanted.”

He kept at it, working nights and weekends in local restaurants throughout high school. After graduation, he enrolled in a local community college. “I come from Africa, where parents, including my parents, thought the only way to become successful was to go to school,” Hagos pauses reflectively. “You can go to school and study. But at the end of the day, school isn’t going to teach you hard work. I knew college wasn’t really for me. I already had an idea what I wanted to do in life, I knew I wanted to be an entrepreneur.”

The September 11th terrorist attacks prompted Hagos to put his entrepreneurial goal on pause. As the country collectively reeled in the aftermath, Hagos made the decision to enlist in the U.S. Army and help defend the country that had given him so much. He shipped out in 2002 for tours in Germany and then Kuwait. Two years later, his final tour brought him to Iraq. It also almost killed him. 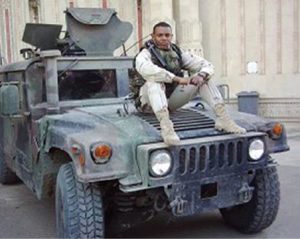 “I got wounded in Iraq in 2004. Severely wounded,” Hagos says, recounting the violent battle. His unit was attacked in Baghdad, and a rocket propelled grenade exploded against the tank the young soldier was riding in. He had no pulse for nearly a minute, and his shoulder was nearly blown off. “I was pronounced dead and had to have four life-saving surgeries,” he says somberly.

Following the surgeries, he completed his rehabilitation at a military hospital in Germany and was awarded the Purple Heart, which is presented to service members who are wounded or killed in the line of duty. “I still have some shrapnel they can’t remove around certain nerves, but they said I would only have 55% mobility and now I’m at 100%,” the decorated war veteran says proudly. “But it wasn’t easy.”

Hagos returned home to Illinois with his sights set on resuming that life’s journey of becoming an entrepreneur. He started a successful painting and cleaning business and saved enough money to buy his first franchise, a 24-hour Anytime Fitness. When the recession hit in 2008, he lost the painting and cleaning business, but hung on to the health club. He got a full-time job at a nearby chemical plant, saving his money and setting his sights on the next prize, a Dunkin’ franchise. 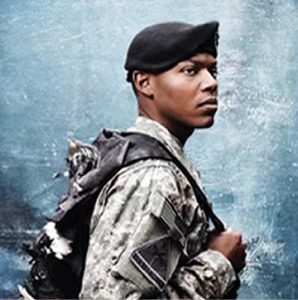 “When I was growing up, my father used to go to Dunkin’ every Sunday to meet with his friends to talk politics, shoot the breeze, talk normal guy talk,” laughs Hagos. “He would take me every once and awhile and they would spoil me, they would buy me donuts. And I remember telling my father, ‘One day I’m going to own one of these.’”

His father, Asgele, may have dismissed the declaration as child’s play, but at the young age of 30, Hagos fulfilled that boyhood dream. He partnered with two friends and opened his first Dunkin’ in Normal, Illinois, about two hours southwest of Chicago. “Dunkin’ always stood out to me. It’s a tier one brand, it’s a household name and it’s got a deep-rooted, rich history. It’s special. People thought when I opened the first store, ‘you’ve got to be killing it, you know because it’s a Dunkin’ Donuts.’” Hagos laughs at the memory, but admits he had the same misconception. “I realized, this is a lot a harder than I thought. I took the training I got in the military, the discipline, structure, and follow through and I was able to become successful in my own way.”

Despite the learning curve, the young businessman always knew instinctively that the franchise model was the right fit. “Technically I’m not trying to re-invent the wheel. What I’m trying to do is take the platform they’ve built, take the foundation and run with it. If you follow the guidelines of the brand, you can become successful. But you still have to work hard.”

At one point, Hagos had 17 Dunkin’ locations, in and around Chicago. “I’m down to seven now. I took a break for a while, but I’ve been patiently waiting and I’ve got two more I’m getting ready to build.” Hagos says the economic uncertainty caused by the pandemic reaffirmed that Dunkin’ was the right brand to be with.

“I always knew they ‘got it.’ But when things are good, you don’t think about that. When things went bad, I didn’t think Dunkin’ would go as far as they did to help people out,” he says, almost incredulously. “From upper management executives all the way down to the operational manager, everyone sacrificed in some form. And everyone was constantly asking ‘what do you need and what can we do?’ And it was genuine.”

In addition to Dunkin’, this now-serial entrepreneur also has 22 Smoothie King locations in Illinois and Missouri, as well as an Arby’s franchise and a Chicken Salad Chick restaurant—a brand he discovered on a business trip to Dallas.

So, what’s next? Hagos is stepping outside of the franchise business model and exploring new opportunities. Some of his new ventures include his own vodka label, called Kountry; and Silver Fox, an independent, high-end steak house in his hometown of Yorkville, Illinois, with a second location coming soon.

“I’m busy, but I’ve been doing this for over 10 years, so I’ve built a good foundation,” says Hagos. “I’m learning how to delegate. In the beginning, I wore every hat.” Now, his company, DLH Food Service, includes an operating partner, an administrative team, and multi-unit managers.

Learning how to delegate has given Hagos more time to reflect on his business, his family and that ‘journey.’ He met his wife, Kristie when he got out of the service, and they married in 2011.

“We have two beautiful kids. A soon to be 8-year-old boy and a 4-year-old daughter. They are my world. They are the best thing that ever happened to me, other than meeting my wife,” he says, his tone noticeably softening.

“I’m 38-years-old, going on 39. With age comes wisdom. Where my mind is shifting now is that my kids are getting older. My business is obviously important, but I’m in that zone where my family comes first.” Hagos continues, “Ten years from now, my son will be 18 and I plan on slowing down. I would love for my kids to take on this family business, I would like to keep my Dunkin’s in the family.”

Even as he looks ahead, Hagos says, if he had to go back, he wouldn’t change a thing. “Everything I have in life right now is because of Dunkin’. It was a catalyst. You know, I worked my way up to get here, but sometimes I have to pinch myself and say ‘am I really a Dunkin franchisee?’”