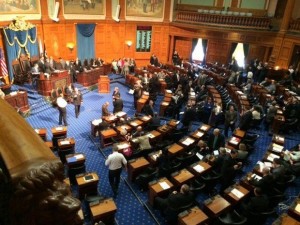 The Massachusetts House earlier this week passed its own version of a minimum wage increase. The House’s bill increases the state’s minimum wage from the current $8.00 to $10.50 over the next two years!  The bill, believe it or not, is preferable to an earlier version passed by the Senate that would increase the minimum to $11/hour over three years and index future changes in the minimum wage to inflation.  Being passed in different versions will necessitate a conference committee between the two branches to work out the differences.  The House bill also amends the existing unemployment insurance requirements in the Bay State, thereby providing a partial counterbalance to the increased labor costs.