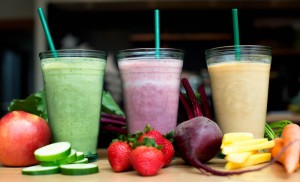 There appears to be continuing problems between McDonald’s and its franchisees as the latest Janney Capital Markets quarterly McDonalds franchisee survey showed the most pessimistic outlook for the next six months in the history of the survey.  The 27 franchisees surveyed, representing 231 shops across the country, gave the coming half a year an average rating of 1.84 on a scale of 1 to 5.  None of the franchisees had an outlook of 5, while 9 rated the outlook a 1.  The 1.84 average is well below the historic average of 2.9 and far below the 2.21 tallied just 3 months ago.  Starbucks a few weeks ago announced that they had begun testing new made-to-order Greek yogurt smoothies in select markets.  The offerings are part of a partnership with Paris-based Danone.  Just last week, Taco Bell announced that it is launching a Greek yogurt with granola testing in the Omaha market beginning in August.  The yogurt offering, being marketed under the name of Power Greek Yogurt, is being tested as part of the firm’s so-called Power Breakfast Menu.  And, we learned this past week that new Krispy Kreme CEO Tony Thompson is considering expanding the company offerings to include such other items as ice cream, candies and cereal.