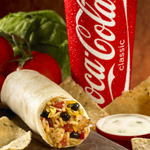 Everywhere consumers turn, retailers and restaurateurs are touting the value of a dollar. That doesn’t mean all fast casuals are going by way of McDonald’s and Burger King, but it does mean operators are recognizing the importance of strategically priced menu items.

Quiznos, Boston Market, Togo’s, Daphne’s Greek Café and Moe’s Southwest Grill have all within the past year launched menu items priced at $5 or less.

Fast casual operators have built their businesses and their reputations on quality products, distinctive atmospheres and décor. And more recently, reduced portion sizes have played a role in the shaping of fast casual menu items.

Moe’s launched its Joey Jr. value meal in early January for the price of $4.99. The meal, which features a snaller portion size than its other menu items, includes chips, salsa and a drink.

“We definitely don’t want to compete with QSRs and we feel like, for us, the way Moe’s defines value is the quality of the products as well as the portion size,” said Sara Riggsby, Moe’s director of marketing. “In terms of pricing strategy, it helps people keep us in mind as a place where they can eat affordably, but it’s also not trying to compete with the dollar menu because we’ve got a quality product.”

The Joey Jr. – once a staple on Moe’s kids’ menu – has moved to the adult section, where it will remain until the value meal deal ends in February.

“We found a lot of adults were ordering kids’ meals,” Riggsby said. “We wanted to make it easier on the adults and also provide a kids’ portion, so we reduced the kids’ meal size as well. It also allowed us to lower the price for the kids’ item.”