By AdminPublished September 4, 2014Category A Look at the Law 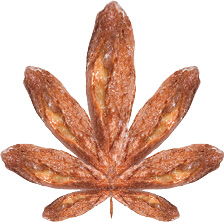 In the mid-1990’s, California became the first state in the country to allow the use of marijuana for medical reasons. Although the effectiveness of marijuana in treating many medical conditions has not been established, an increasing number of states have nevertheless followed California’s lead and enacted laws permitting medical use of marijuana. Colorado and Washington State have taken one step further to allow recreational use of marijuana and permit licensed sales for this purpose. While twenty-three states have now passed laws permitting dispensing and use of marijuana, federal law continues to criminalize the use of marijuana for both medicinal and recreational purposes. This conflict raises questions for employers about handling employees who use marijuana when permitted by state law, including whether employers may test applicants and employees for marijuana use; whether medical marijuana users can be disciplined; and to what extent employers must provide workplace accommodations. Because medical marijuana laws differ from state-to-state, the answers to these questions depend largely on the details of the laws in the jurisdiction in which the employee works as well as future court interpretation of this relatively new legislation. Case law will almost certainly further restrict how employers can screen prospective employees and discipline existing employees who use marijuana legally.

Of the twenty-three states that have enacted laws permitting the use of marijuana for medicinal or recreational use, only seven provide express employment protections: Arizona, Connecticut, Delaware, Illinois, Maine, Rhode Island, and New York. In Connecticut, for example, it is unlawful for an employer to refuse to hire a person or discharge or otherwise threaten an employee who uses marijuana “solely on the basis of such person’s or employee’s status as a qualifying patient or primary caregiver.” This provision is similar to the laws in the six other states that provide express workplace protections.

The seven states providing workplace protections do not prevent employers from barring marijuana use at work. For example, Connecticut, like most states, does not restrict an employer’s “ability to prohibit the use of intoxicating substances during work hours or restrict an employer’s ability to discipline an employee for being under the influence of intoxicating substances during work hours.” While New York law provides special protections for certified medical marijuana users (by establishing that being a certified patient is the equivalent of having a disability for purposes of New York’s anti-disability discrimination laws), even New York employers are able to prohibit their employees from working while impaired.

The Maine law bars employers from refusing to employ or from otherwise penalizing a person solely for that individual’s status as a qualifying patient. However, like several other states including Arizona, Maine provides an exception where penalizing an employee would put the employer “in violation of federal law or cause it to lose a federal contract or funding.” By including this exception, Maine law acknowledges that certain federal laws require employers to prohibit the use of marijuana by employees in order to receive certain contracts or grants. Employers that are subject to these rules and regulations should continue to comply with applicable federal law. It is also worth noting that, despite the protections it provides medical marijuana users, the Maine statute also allows a business owner to prohibit the smoking of marijuana for medical purposes on the premises of the business, if the business owner prohibits all smoking on the premises and posts a notice regarding the prohibition.

The Delaware and Arizona statutes are unique among the states that provide express workplace protection for licensed medical marijuana users in that they specifically address drug testing. A Delaware employer, for example, cannot discriminate against a person in hiring, termination, or any term or condition of employment if the discrimination is based on the person’s status as a cardholder, or solely based on a failed cannabis-based drug test. Rather, the employer has to prove that the employee used, possessed, or was impaired while on the premises or during working hours. These requirements acknowledge that an individual may fail a drug test, but claim that they were not impaired while working based on the extended period of time that marijuana metabolites remain in the individual’s system. Therefore, it is important for employers in Delaware and Arizona to carefully train supervisors and managers to identify signs of impairment independent of drug testing.

All employers who conduct drug testing, regardless of whether they are required to do so under federal rules and regulations, should review their policies with regard to how they match their state medical marijuana laws. Generally speaking, state laws allow employers to test applicants for drugs as long as they follow the state’s rules regarding notice and procedures intended to prevent discrimination and inaccuracies are followed. When it comes to current employees, some states limit the ability of the employer to conduct across the board drug tests of all employees or to conduct random drug tests. Instead, the testing is generally required to be focused on an individual—either because the individual is in a position that carries a high risk of injury or property damage if performed by someone under the influence, or because the employer has good reason to believe that individual is impaired. For example, an employer would have good cause to drug test an employee who drives a company truck if the driver is demonstrating unsafe driving practices. As indicated above, employers in states that provide protection for medical marijuana users must be particularly careful not to administer these tests in a manner that discriminates against these users.

Most states other than Maine, New York, Connecticut, Delaware, Illinois, Maine, Rhode Island and Arizona, where the licensed use of medical marijuana is allowed, do not provide express protections to employees who are qualified individuals, whether cardholders or primary caregivers. In Massachusetts, for example, nothing in the statute legalizing the use of medical marijuana “requires any accommodation of on-site medical use of marijuana in any place of employment…” New Jersey law is analogous to Massachusetts in that the statute is explicit that the state does not require any accommodation of on-site medical use of marijuana. Similarly, the District of Columbia’s law addressing medical marijuana use specifically does not permit a person to undertake any task while under the influence when doing so would constitute negligence or professional malpractice. Neither New Hampshire nor Vermont statutes exempt any person from arrest or prosecution for being under the influence at work. However, under New Hampshire law, if the employer provides permission to the individual, the individual may be exempt from arrest or prosecution.

Despite the lack of express employment protections in these states, employers are encouraged to treat employment decisions involving the use of medical marijuana with particular care. For example, if an individual has a disability, it is unlawful under the Americans with Disabilities Act (ADA) to discriminate against or harass that employee on this basis. The ADA further requires an employer to make a reasonable accommodation for a disabled employee, if needed, so that the employee is able to perform the essential job functions of their position (or, in the case of an applicant, so that the individual is able to interview and/or apply for the job). Even in states where there is no express protection for medical marijuana users in the workplace, an employer will likely still have to engage in an interactive process with the employee and reasonably accommodate a potential underlying disability that necessitates an employee or prospective employee’s use of medical marijuana.

Employers in states with medical and recreational marijuana laws are encouraged to review their substance abuse policies to ensure compliance with local and state law. As mentioned above, federal law, including transportation regulations covering drivers, continues to criminalize the use of marijuana for both medical and recreational purposes. Employers who are subject to federal regulations concerning drug-free workplaces need to comply with federal law and should maintain their practices accordingly, which includes conducting federally-mandated drug-testing. Employers in all states should periodically review their drug policies, and, in particular, consider whether or when they will conduct drug testing. It is important that employers train supervisors to recognize signs of impairment and establish best practices for dealing with inquiries from employees regarding their use of medical marijuana and other medication which may have similar side effects. Finally, it is essential that employers understand their obligations under the ADA and ensure that they are in compliance with both state medical marijuana laws and discrimination laws protecting qualified disabled employees and applicants who use marijuana lawfully. •

The authors wish to acknowledge the assistance of Northeastern Law School student Michael Varraso in preparing this article.