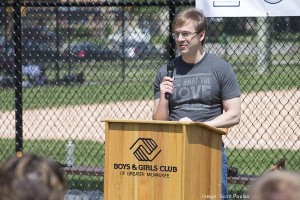 Increases to state minimum wages (and creation of municipal minimums) continues to dominate much of the local political discussion in certain progressive pockets around the country.  And now, here come initiatives from a county government about the issue as well.  Despite the urging of Milwaukee County Executive Chris Abele that the money for the referendum could be better spent, by a 13 – 4 vote, the Milwaukee County Board approved a non-binding county minimum wage referendum for the November ballot.  Abele posted on his Facebook page, the official letter to the Board, in which he advises them the referendum (along with 2 others being considered) will cost the County an additional $120,000.  The referendum will ask voters if they support increasing the state minimum wage of $7.25 to $10.10.  There has been little legislative interest in Wisconsin to date for increasing the minimum wage and the referendum is seen as one vehicle by which to pressure the Republican legislative majority into considering it.