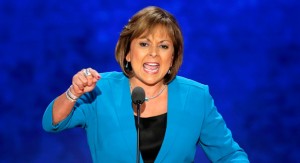 On another subject that seems to have no end, the state of New Mexico is now looking at increasing the minimum wage in the new legislative session as two legislative proposals have been filed, seemingly with the approval of Republican Governor Suzanne Martinez.  One proposal would see the minimum raised to $8.30 per hour and the other to the $10.10 wage that has been pushed by President Obama for the past few years.  The current minimum in New Mexico is $7.50 an hour.  Some 21 states will raise their minimum wage next week on New Year’s day.