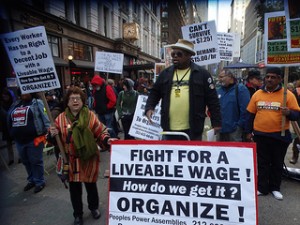 The initiative undertaken by President Obama and a host of national Democratic lawmakers to increase the federally mandated minimum wage to $10.10 per hour over a three year period was killed earlier this week in the United States Senate.  Although there were 55 votes in favor out of the 100 total votes in the Senate, the specific vote was on a procedural question to end a filibuster on the proposal, a question that actually required 60 votes.  The bottom line is that an increase in the federal minimum wage is dead for this year.  Notwithstanding, expect to hear a lot more political rhetoric about increasing the minimum wage as we get closer to the mid-term elections this coming November.