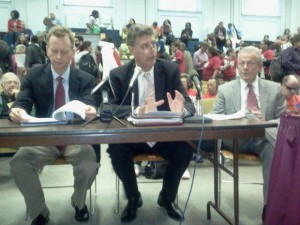 Massachusetts’ State Senate this week overwhelmingly passed a measure that would increase the state minimum wage to the highest level in the country by 2016!  The bill would hike the current $8 wage by $1 on July 1st for the next 3 years, culminating at $11/hour in July 2016.  The bill also increases the current minimum for tipped employees (presently $2.63) to half the minimum wage, an increase of over 58%! Further, it provides that future wage adjustments be tied to the Consumer Price Index – but only if it increases, and stipulates that the Massachusetts minimum wage must always be $.50 higher than the federal minimum.  It remains to be seen whether the House of Representatives will consider the bill this year.  As if that weren’t enough for beleaguered Bay State businesses, an advocacy group pushing to get minimum wage and mandatory sick leave petitions on the ballot next November claims to have gathered more than 3 times the minimum number of signatures required.  The state’s two US Senators (Democrats Elizabeth Warren and Ed Markey, respectively) are the lead petitioners on the two measures.