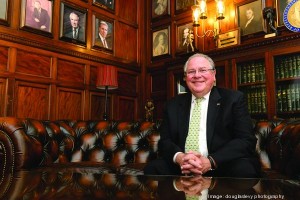 Efforts at the national, state and local levels to increase the minimum wage continue to make news and will likely do so right on through the fall mid-term elections.  There seems to be a concerted effort by the Obama Administration and a bona fide strategy by the democratic party to make ‘income inequality’ an issue for the November elections.  The latest example of this strategy playing itself out comes from the college town of Amherst, Massachusetts, which has a town meeting warrant pending for the March 19 town meeting that would establish a town minimum wage of $15 per hour.  Without benefit of any polling or survey information, I would venture a guess that the measure will pass easily.  Amherst aside, House Speaker Bob DeLeo indicated yesterday that a minimum wage bill could come out of the Massachusetts House that would increase the minimum to $10.50 over the next three years.  The increase however, could be offset by some favorable adjustments he believes will be incorporated in unemployment insurance reforms. The two issues will be linked in any bill coming out of the House.  Also yesterday, US Labor Secretary Thomas Perez was in Massachusetts to discuss the Obama administration’s plan to raise the federal minimum.  Perez met with workers in Cambridge and then with a number of other pro-minimum wage increase advocates.