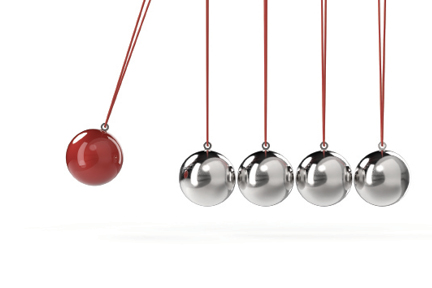 You would have to look far and wide to find a franchise owner who does not think the nature of the franchisor/franchisee relationship could be improved. Entrepreneurs buy franchised businesses because they believe it gives them the opportunity to be their own boss, join an established chain and build wealth. But as most everyone knows, the scales are tipped to favor the franchisor and the options to remedy a bad situation are limited. That is the way it has always been, since William Rosenberg, Ray Kroc and other franchise pioneers began selling units. Until now…

“There has never been an effort like this,” says long-time Subway franchisee Keith Miller, a former chair of the Coalition of Franchisee Associations (CFA) and the principal of Franchisee Advocacy Consulting, about the coordinated steps that are being taken for greater oversight of the multi-billion-dollar franchise industry.

A decade ago, the CFA published the Universal Franchisee Bill of Rights (UFBOR), a fairness doctrine compiled from several franchisee associations that addressed such issues as: Freedom of Association, Good Faith and Fair Dealing, and Fair Sourcing of Goods
and Services. The document was much heralded throughout franchising, but, in the years since, franchisors have continued to exert leverage over their franchisees.

“Some franchisors are opportunistic beyond the point of embarrassment and they behave this way because they can,” says Eric Karp, a franchise attorney who served as Chair of the American Bar Association Forum on Franchising from 2017 to 2019. “It’s a mystery to me why the FTC (Federal Trade Commission) has turned a blind eye to the hideously one-sided franchise agreements that get more so every year.”

Franchising, perhaps more than any other industry, paints itself as a roadmap to the American Dream for hard-working entrepreneurs. Every brand can point to a franchisee who exemplifies the dream, but there are also many who would describe their experience differently. In what is the latest example of explosive allegations of predatory behavior by a franchisor, a Subway franchisee in Nevada has filed a lawsuit alleging the chain “fueled its expansion by encouraging its immigrant franchisees to open stores within blocks of existing locations under the subtle threat that if they did not do so, then Subway would recruit another franchisee to open a competing store in the immediate vicinity.” According to data from the International Franchise Association, approximately half of Subway’s locations are owned by immigrants.

In 2019, Australia’s Parliamentary Joint Committee on Corporations and Financial Services released a 369-page report detailing instances of franchisor abuse in that country. Among its findings, the committee said Australia’s regulatory environment “failed to deter systemic poor conduct and exploitative [behavior] and has entrenched the power imbalance.”

“The Australian report said what many of us in the U.S. had been saying for decades, that disclosure alone can’t change the grotesque imbalance in the franchisee/franchisor relationship,” Karp says, referring to the financial disclosures that franchisors are required to make public every year, and which potential franchisees review before deciding to invest in a franchise.

Here in the U.S., many well-known franchise chains have been accused of taking advantage of their franchisees, but have generally received no sanctions or punishment. The FTC’s Franchise Rule, found in Title 16 of the Code of Federal Regulations, contains Disclosure Requirements and Prohibitions Concerning Franchising and Disclosure Requirements and Prohibitions Concerning Business Opportunities, both of which govern presale disclosures only.

As Karp points out, there is no requirement for franchisors to share any financial data – or anything else – after a franchisee signs their contract with the company. In Australia, regulators determined presale disclosure does not prevent opportunistic behavior. “That is true but seldom recognized,” Karp says.

In early 2020, Miller met with FTC Commissioner Rohit Chopra, who had become a vocal proponent for changing the FTC Rule to encompass what happens after the franchisee buys the store. He said Chopra told him there needed to be greater oversight of the franchisee/franchisor relationship. “He felt the franchisors are taking advantage of franchisees and it falls into that category so the FTC has authority to regulate post signing, but hasn’t done so,” Miller says.

In 2019, the FTC sought public comments on the Franchise Rule as part of its regular review of rules and guidelines. In Dec. 2020, U.S. Senators Catherine Cortez Masto (D-Nev.), Chris Murphy (D-Conn.) and Dianne Feinstein (D-Calif.), along with Representative Jan Schakowsky (D-Ill.), filed a comment with the FTC, calling for it to strengthen the Franchise Rule and increase enforcement of the rule to protect prospective franchisees.

A few months later, Sen. Cortez Masto released a comprehensive report on franchising, which highlighted four problematic areas in the industry – “unfair and deceptive contracts that give nearly all control to the franchise corporation, a lack of honesty and transparency in the financial disclosure documents, costly kickbacks and overpriced goods, and fees charged for limited or no actual benefit,” – and asked for increased oversight from the FTC. It was the first comprehensive study of franchising ever undertaken by a member of Congress.

In a press release announcing the report, Sen. Cortez Masto said, “Franchise owners in Nevada and around the country have told me about how franchise corporations painted rosy pictures of the money these businesses could make—and how they later found out that they’d sunk their life savings into unprofitable stores.”

Following the Cortez Masto report, Rep. Schakowsky sent a letter to the Government Accountability Office (GAO) requesting that it conduct a formal study on the inadequacies of the Federal Trade Commission Franchise Rule and that agency’s failure to provide any kind of effective vehicle by which franchisees can lodge complaints against franchisors. Karp points out the GAO issued a report in 1993, which he says, found “potentially meritorious cases were not investigated or litigated because of the FTC’s limited resources, and those which were litigated proceeded very slowly.” The situation, he says, has gotten worse, not better in the ensuing 38 years.

With the issue of unfair franchising now front and center on the mind of federal regulators, Karp’s firm drafted a formal petition to the FTC, on behalf of his client, the National Coalition of Associations of 7-Eleven franchisees (NCASEF), and with support from Miller, the CFA and 11 other independent franchisee associations including DDIFO. The petition asked the FTC to compel nine major franchise chains to respond to 115 requests for information in 14 categories, among them: supply chain, advertising funds and financial performance representations.

“This petition provides the opportunity for the FTC to take a proactive role in assessing the franchise industry,” says Miller. “We are requesting the FTC look broadly at the imbalance of power in our industry today.”

Thomas Ayres, a senior attorney with Witmer Karp Warner & Ryan, who co-wrote the FTC petition, says, “Franchisors often engage in predatory behavior after franchisees sign their contracts, but the FTC rarely investigates post-sale activities when franchisees are more vulnerable and captive to their franchisors.”

What’s more, franchisees are currently forbidden from suing their franchisor for disclosure violations (unless they can prove fraud or are in a handful of states that have state disclosure laws), so allegations of impropriety rarely result in anything other than possible bad press when franchisees can get the media’s attention. In what could ultimately prove to be a groundbreaking change to the franchising industry, Rep. Schakowsky is expected to file a bill in early 2022 that calls for a private right of action for persons harmed by violations of the Franchise Rule of the Federal Trade Commission.

“We’ve got some thoughtful members in Congress, like Rep. Schakowsky, questioning whether it makes sense that we have a disclosure rule, but if a franchisor violates the rule there is no cause of action,” says Karp equating that reality to the story of Alice in Wonderland.

The most important element of Schakowsky’s bill, Miller notes, is that it will “allow individuals damaged by violations to the Franchise Rule access to the courts, which is a basic American right.”

After the flurry of activity during the past year, Karp says he is “more optimistic than at any point in the last 25 years” that real changes will come to franchising. He is eagerly awaiting the FTC’s response to the petition seeking a formal investigation of the industry.

Miller, who has spent much of his life in franchising, is also cautiously optimistic the hundreds of hours he and other franchisee advocates have invested in this process will ultimately mean real change for the industry.

“We’ve been knocking at the door for some years now. Regulators and legislators have been told for decades by franchisor advocates how everything is great in franchising. It takes time to overcome that narrative and educate them that not all is well. I think we are finally breaking down that brick wall.”