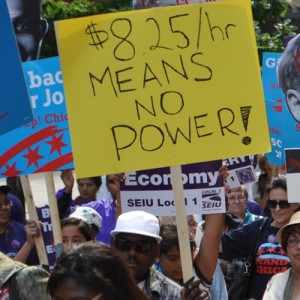 Despite the minimum wage increases being approved on the ballot in every state where they were presented to the voters, it’s still being debated in some circles, and the outcome is not yet clear.  A case in point is the City of Chicago and the State of Illinois.  Recall that a non-binding question was put on the Illinois state ballot asking voters whether their representatives in the state house should vote to increase the state minimum wage.  Despite a 66 percent approval on that question, there was a strong belief that the measure would not move before newly elected Republican Bruce Rauner, an opponent of increasing costs on small business, is sworn in as Governor.  Consequently, advocates in the Illinois Senate made some technical changes to a pending bill (SB1565) and are pushing to get the bill amended, passed and on to the desk of outgoing Governor Patrick Quinn before he leaves office.  At the same time, Chicago aldermen are concerned about Illinois legislators preempting Chicago from increasing the minimum in the Windy City to $15 per hour.  Mayor Rahm Emanuel favors a different proposal which increases the hourly minimum to $13.  Confused yet?  We’ll keep you informed as new information becomes available.