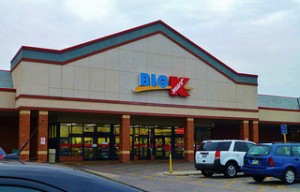 We didn’t report any new data breaches last week and hoped that we have finally solved that problem, but unfortunately, there’s more news on the subject this week.  First, another franchised concept admitted that customer data had been breached in hundreds of their stores early this month when Dairy Queen reported that almost 400 of their US locations had been impacted by the Backoff malware, thereby jeopardizing their customers’ data.  Just days later, another major retailer admitted possibly being victimized.  Last week, K-Mart confessed that they had likely been hacked and that their customers’ personal data may have been compromised as well.  The problem of major companies having their customer data bases hacked seems as though it will be with us for quite some time – and at quite a cost to the business community!  Businesses are well-advised to ensure that their PCI compliance is up to date and that their data is as secure as possible.  You will recall that earlier this year, home improvement giant, Home Depot was victimized by computer hackers and their customers’ personal data was jeopardized.  The fall-out from that breach is nowhere near final, but the cost of it to date in terms of litigation is clear – 21 class-action law suits, up from 12 in September, are currently pending against the company.  Again, we want to keep you abreast of these actions so that you remain diligent in protecting your own businesses from possible breaches.