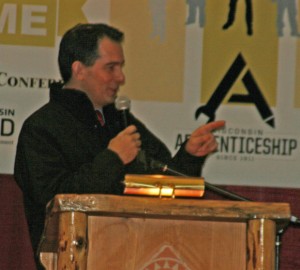 You will recall that initiatives to increase the federal minimum wage began when President Obama identified it as a goal of his second term back in 2013.  Although the issue has been a non-starter at the federal level in Congress, Vice President Joe Biden was trying to breathe more life into it at a speech in Las Vegas.  Reading off note cards, Biden contended that simply increasing the federal minimum to $10.10 per hour would lift 22 million people out of poverty and further that the increase would pump $19 billion into the US economy because wage-earners would have more money to spend.  (Of course, that presumes that their job wasn’t eliminated because of the increased costs of keeping them working!)  We note that four individual states have the question of raising the state minimum wage on their ballots to be decided in next month’s elections.  Voters in Nebraska, Arkansas, South Dakota and Alaska will be asked on next month’s ballot whether the minimum wage in their home state should be increased.  Elsewhere, the Wisconsin Department of Workforce Development (DWD) rejected an argument put forth by minimum wage advocates that about 100 low-wage workers were not being paid a living wage as is required by a 1913 state law.  The 101-year-old law requires DWD to investigate and determine within 20 days of receiving a “verified complaint” whether an employee’s wage is “not a living wage . . . needed to maintain comfort, decency, physical and moral well-being.”  The law also allows the state in making its determination to consider the effect of raising wages on a number of different factors including the state’s economy, job creation, retention and expansion as well as the availability of entry-level jobs and broader regional economic conditions.