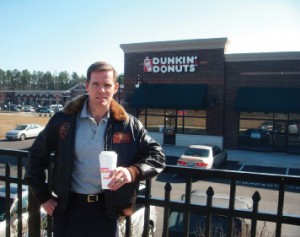 Pete Turner has spent a good portion of his life flying high.

As a Navy pilot and flight instructor who operated SH-60B Seahawk attack helicopters off naval destroyers and the twin-engine Super King Air from shore, Turner logged more than 3,400 hours in the Persian Gulf and Western Pacific. He was also stationed at Whidbey Island Naval Air Station in Washington State, where he flew life-saving rescues of people involved in plane crashes, and snow-bound mountain climbers and hikers lost in the Cascade and Olympic Mountains. He was also a global traveler, visiting 68 countries on five continents, including Tokyo, Japan. It was there, in 1992, where Turner first met Bliss, the woman he would eventually marry, on a blind date; he had been stationed at Atsugi Naval Air Facility and she was working in corporate marketing for Northwest Airlines.

But when it came to a certain point, he was looking to travel less and spend more time at home. The thing that has helped keep him more grounded, both literally and figuratively, is coffee. Specifically, Dunkin’ Donuts coffee.

From the Navy to Dunkin’ Donuts

Turner, now 50, runs thirteen Dunkin’ Donuts stores throughout the Research Triangle area of North Carolina, spanning from Durham to Chapel Hill to Raleigh. Without any restaurant business background, Turner opened his first store in Durham, near Duke University, in 2008, just about a year after he left the Navy. It was a pivotal career change for Turner, the longtime military man. He graduated from the U.S. Naval Academy at Annapolis, Maryland, in 1987, where he earned All-American honors as a pistol champion, and later earned a master’s degree in national security strategy, with distinction, at the Naval War College, in Newport, Rhode Island. 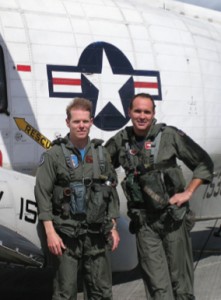 While Turner had planned to work in commercial aviation after leaving the military, “I didn’t see a lot of upside in airlines at the time,” he says. “You’re a merger, or a strike away from being out of a job. None of that is in your hands. I was looking for a new career.”

Turner says he first learned about Dunkin’ Donuts while he was in graduate school. He says he “fell in love with the brand. I saw all these officers walking into class every day with coffee.” He tried it for himself, and became hooked. “I love the taste and the fact that it doesn’t cost six bucks,” he says.

Trading his wings for a Dunkin’ Donuts shop, however, required some sacrifice on the part of his family. Long hours and new routines required the complete support of Turner’s wife, which he says, she gladly provided. For the children, there was a sense of relief that Turner would be close to home when he went to work—not flying a plane halfway across the world.

Growing a business from one to 13 locations requires both business and administrative finesse, and Turner has proven to have plenty of both. He established his company, DDNC LLC, in 2007 and as a family affair. Bliss, is the company’s comptroller; she handles all accounting, purchase and loan paperwork. The Turner children, Shane, 19, Julianne, 17, and Serafina, 15, help with bookkeeping, filing, and mystery shopping. They will drive through one of the family shops and place an order without giving up their identity. Then they report to Dad whether the service was excellent, whether the cashier was friendly and whether they were offered a receipt, as Dunkin’ requires.

Because they all attend school close to one of the family’s locations, each will also work the counter during summer vacations or other school breaks. Shane is a freshman at Elon University, in Elon, NC, and thinking about focusing his studies on economics or pre-medicine. Julianne and Serafina both attend Durham Academy, an area private school.

Opening the first shop in Durham was a strategic move for the company. “It’s walking distance to Duke University and Duke Hospital, and it’s a combination store with Baskin-Robbins,” says Turner. “It’s one of our best locations. We chose to operate in North Carolina because it’s a great state to do business in. There are a lot of snowbirds—we call them half-backs. They’re from New England and it’s too far and too hot in Florida, so they bounce half-way back and live in North Carolina.”

Turner’s business benefits from those transplanted northerners who have history with and “great loyalty” to the brand, he says, as well as from local residents who become fans of Dunkin’s beverages and snacks. 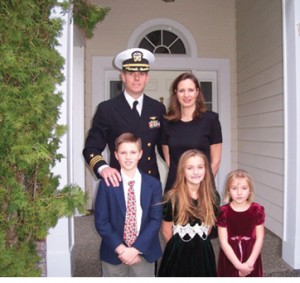 The DDNC network includes eight shops in Raleigh – the state capital, – two shops in Wake Forest, two in Chapel Hill and two in Durham. Turner has built an operations team with two area managers and a general manager and assistant manager for each store. Overall, the company employs 170 people. Turner has twice been nominated as Dunkin’ Brands Developer of the Year. He serves on both the Dunkin’ Donuts and Baskin Robbins’ Brand Advisory Councils.

Turner has learned a great deal about franchising – and about Dunkin’– during his time with the brand. A franchisee, he says, should always carefully examine the business climate in the location where he/she is considering opening a new Dunkin’ shop. “Choose a city and state that offer a fair regulatory environment,” he says. “Commodities, competition, encroachment, and debt present considerable risk. A new business doesn’t need added uncertainty from an unreasonable inspector while trying to grow.” He also strongly recommends talking to franchisees who recently sold their business as a way of getting a broader perspective on the business.

Turner acknowledges the help he received from an experienced franchisee who served as his trusted mentor. Tom Sottile was an operator based in Charleston, South Carolina who also owned Dunkin’ Donuts shops in Georgia. Sadly, cancer claimed Sottile’s life in 2013. “He was a tremendous help,” says Turner. “All staffing and operational systems, I learned from him. Tom was a walking encyclopedia when it came to operating restaurants. He would always say, ‘Don’t underestimate the administration. Every new store is an additional paperwork load.’”

Like many Dunkin’ franchisees, Turner faces the challenge of finding promising locations for new stores. “As you continue to develop, great locations are harder to come by,” he says.

With his network and his team in place, Turner says he has the opportunity to enjoy his life. “The expansion and growth of the business has been the biggest reward,” he says. “I’m also home a lot more than I used to be,” which means attending school sporting events. His oldest was the captain of the basketball team at Chapel Hill High School and his middle child is involved in cross-country while his youngest plays field hockey. “We go to a lot of games,” he says.

Turner also goes kite-boarding in the Outer Banks area of Cape Hatteras, North Carolina. “I learned how to kite when I was stationed in Hawaii,” he says.

Being based in one location is certainly different than traveling the world, and being retired as a Navy pilot is certainly a different feeling than being on active duty.

But it’s worth it.

“I miss flying in the Navy every day,” he says. “The camaraderie and excitement are unparalleled in civilian life. But on the flipside, I can now buy life insurance for the first time and plan to walk my daughters down the aisle.”