By Carl Lisa, Esq.Published June 27, 2014Category A Look at the Law 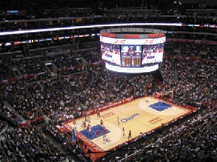 The National Basketball Association recently fined Los Angeles Clippers owner Donald Sterling $2.5 million dollars and suspended him for life from League activity. This arose from racist remarks Sterling allegedly made in a private taped conversation between him and his girlfriend. The League has taken the extreme step of appointing an interim CEO for the Clippers, until sale of the team is completed. This case creates fascinating issues in the franchise realm and should be of interest to all franchise owners.

Sterling’s remarks have drawn criticism from media, fans, players and league and team sponsors. Subsequent remarks to the media – including one in which he blamed NBA Hall of Famer Magic Johnson for not doing “everything he can to help minorities,” – have only made the situation worse. According to the League, some of Sterling’s remarks were in violation of rules set forth in his franchise agreement.

The NBA claims Sterling’s conduct has undermined its promotion of diversity and impaired League relations with marketing and merchandising partners and community leaders. The League is on notice that the players, its essential product, stand ready to take extreme action if Sterling is not disenfranchised. This may be basketball, but it is still a classic case of alleged injury to the franchise brand.

Before agreeing to sell the team, Sterling sought to contest the fine and suspension. Interestingly, NBA rules say three-fourths of the teams’ 29 owners must vote to terminate Sterling’s franchise rights. The rules differ from other franchise systems, but Sterling’s case is a cautionary tale of how franchise rights and incurable defaults can be handled.

Owners of franchised businesses generally must be terminated by their franchisor, which precipitates legal action in federal or state court. Sterling is bound by the NBA’s Constitution and other agreements giving him franchise rights. For Sterling – or any other owner – to fight the League, it must happen in the NBA’s arena before a jury of his owner-peers.

At the time Sterling and his wife, who is a 50 percent partner, decided to sell their interests, the NBA had charged multiple violations of the NBA Constitution and related agreements and was moving toward termination of their franchise rights. At least one owner spoke out against the severity of termination under these circumstances. The matter involves California’s community property law governing marital assets as well, raising the question: Can these rights be waived especially by an apparent innocent party?

Impact by a partner’s conduct

The same issue can arise in the context of the Dunkin’ franchisee/franchisor relationship. Consider what could happen if the premises is used for an illegal purpose by one franchisee. Dunkin’ – or any franchisor – could claim imputed knowledge of all franchisees, which essentially means: if one knew then all involved in that franchise should have known.

The makeup of the NBA is such that franchisees also wear the hat of the franchisor. In that context we wonder if an impartial decision or the right decision issue from one in a dual role? Can a person act in the best interest of the brand or according to his or her personal interest? Is this process practically and legally flawed?

That example does not extend to Dunkin’ Donuts—except in those rare situations where Dunkin’ Brands owns restaurants. Consider what would happen in that context if Dunkin’ raised franchisee fees or advertising costs: the franchisees loss would really be the franchisor’s gain. It’s the classic no-lose scenario.

The NBA as a Franchise Business

NBA owners sign documents requiring them to uphold and enhance the goodwill and proprietary interest of the brand and not injure its reputation. These clauses are found in all franchise agreements.

Franchise terminations most often are initiated through the court system. They arise from violation of criminal or civil laws, and immoral conduct, fraud, violation of health and safety standards, nonpayment of fees and similar behavior. In most cases a franchisee may contest termination in court with the franchisor having the burden of proof.

Contrary to the NBA’s Constitution and agreements, franchisees in other systems generally are not prohibited from seeking outside relief through either arbitration or the court process.

Franchisors see themselves as the creator and protector of the “brand.” If the franchisor is a public company, failure to act may bring pressure from its investor shareholders. The NBA set up has the owners as franchisees and sole investors in the brand. As a result, pressure to act comes from players, fans and sponsors, who are greatly affected by the court of public opinion.

Cases like this expose loopholes and prompt challenges to existing rules. They also represent a black eye to the image and reputation of a brand. The NBA has tried to avoid drawn out litigation and bad publicity.

Leagues have rarely used their power to force a franchise sale; suspensions and fines are the more common penalties. Recent examples of owner sanctions are the bankruptcy and resulting sale of the Los Angeles Dodgers and the Cincinnati Reds by owners McCourt and Schott respectively. Neither sale was forced by the League in spite of the surrounding controversies. Note also the suspension and fining of Yankee owner George Steinbrenner due to hiring of private investigators to check on David Winfield. The McCourt matter contained the similar issue of his wife’s property rights in the franchise.

The general public saw more than a glimpse of dirty laundry in this case, but the push for a sale and an end to this case took place behind the scenes—out of view of cameras and reporters. At the end of the day, the League wanted to avoid injury to the brand and declare a measure of victory. In that way, the NBA is just like any other franchise system. •