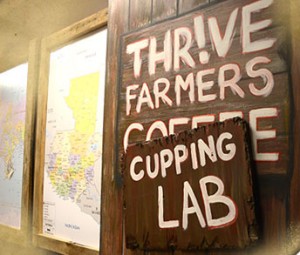 A couple of additional brands these past few weeks have announced that they too are launching new coffee products on a national scale.  First, Atlanta-based Chick-fil-A announced plans to “launch a custom-made specialty grade coffee” through its 1800+ stores across the nation.  The coffee is being produced in partnership with Thrive Farmers Coffee. From north of the border, Tim Horton’s has announced that beginning last Friday, they were adding a dark roast blend to their existing coffee selections, the first time that an alternative blend of coffee has been available in their stores.  McDonalds announced that in concert with Kraft Foods, they will be bringing their McCafe coffee into the retail space beginning in 2015.  According to the story, the McCafe coffee will be available either ground, whole bean or single serve and in a variety of different flavors.