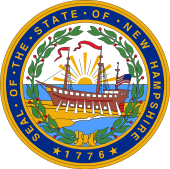 On Wednesday of this week, the New Hampshire House of Representatives Commerce and Consumer Affairs Committee voted by a one vote margin to send the proposed New Hampshire Fair Franchising bill (HB 1215) to a study committee, effectively killing the bill for further consideration in the current session.  The final vote was essentially a party line vote with one republican voting in favor and one democrat voting in opposition.  Representative Pat Abrami, who has been stalwart in his support for small business and especially the franchisee community, was disappointed but unbowed and vowed to solidify support amongst his colleagues before refiling another fair franchising bill for next session.  DDIFO wants to especially thank Representative Abrami for his exceptional efforts.