By AdminPublished May 2, 2014Category Legislative Updates 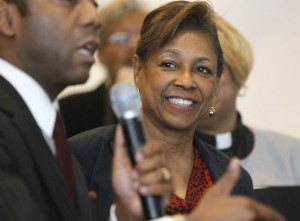 Perhaps since they had already increased the state’s minimum wage at the beginning of the year, New Jersey legislators are said to be seriously considering another onerous bill that can negatively impact businesses in the Garden State.  S.1484, An Act Concerning Employment Rights of Persons With Criminal Histories, was filed again this session by state senators Sandra Cunningham and Theresa Ruiz.  Also known as the “Ban the box” bill, S.1484 was passed by committee back in December but stalled as the session ended.  Currently, Senator Cunningham says she is negotiating with Governor Christie about including the bill in a larger package overhauling the state’s bail system.  As currently written, “Ban the Box” would ban companies with 15 or more employees from conducting a criminal background check or even asking about criminal histories until they’ve been offered the job! It would also require employers to obtain consent from the applicant before the background check could be conducted and would fine violators between $500 and $7,500!