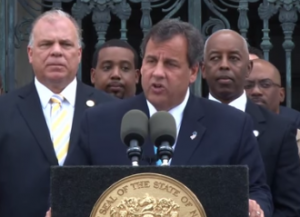 New Jersey Governor Chris Christie earlier this week signed into law Bill 1999, the so-called “ban the box” bill, which prohibits employers with 15 or more employees from asking an applicant about his/her criminal record until after a first interview has taken place.  The legislation, which is titled the “Opportunity to Compete Act”, was passed by the legislature back in June and will become effective March 1, 2015.  Under the act, employers found in violation are now subject to fines of $1,000 for a first offense, $5,000 for a second and $10,000 for each subsequent violation!  The city of Philadelphia has a similar law on the books and out west, “Ban the box” took effect this Wednesday, August 13 in San Francisco for all private employers, while it previously only impacted public hiring.  So, if I understand this correctly, an employer (one who provides jobs) can become a criminal for asking a criminal about their criminal record?