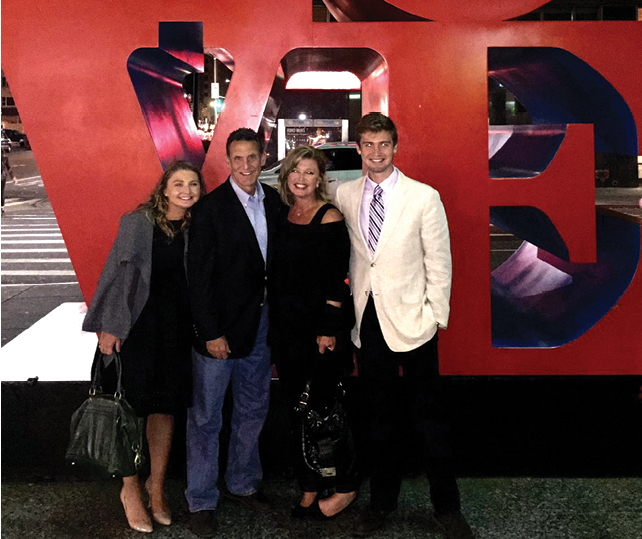 You don’t have to talk to Kevin Maybury for too long before realizing that when the New York native sets a goal, he’s all in. For proof, take a look at his LinkedIn profile. Among the several titles he has listed is “former Ironman athlete.” For many, the Ironman is considered the ultimate race, one of the most grueling one-day sporting events in the world. To earn the title “Ironman,” an athlete needs to complete a 2.4-mile swim, a 112-mile bicycle ride and then finish with a 26.2 marathon run. For Kevin Maybury, it all started with a jog.

When the now 65-year-old was in his 30s, he began running for exercise. It was a good workout, and he quickly realized he enjoyed it. “So I kept at it and ran about 15 marathons, and then I heard about the Ironman and thought the challenge would be great,” says Maybury. An uphill challenge, some might say – he began his training regimen by taking swim lessons to learn how to swim with his face in the water, then moving on to half triathlons before finally conquering the Ironman in Cape Cod, Mass.

“That was 1988, and not that it matters, but I did the Ironman when nobody knew what the Ironman was,” laughs Maybury. “I loved the intensity of having a plan, and pushing myself. It gave me a tremendous amount of discipline. But once I completed the challenge successfully, once I hit that goal, I was done.”

Maybury crossed the finish line and turned his attention to his next goal, a career change. After 14 years in corporate America, he finally had enough. It was 1990, and he was working as a corporate manager for AT&T in New Jersey. Initially, being part of such a massive operation was exciting. But as the years passed, he felt defeated and unhappy in an environment of constant re-orgs and layoffs. A chance conversation at the Dunkin’ where he grabbed his daily coffee changed all that. 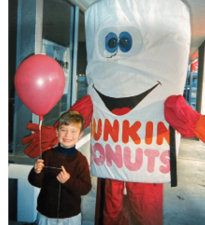 “I loved the brand and asked the owner about any opportunities,” explained Maybury. “He said ‘Funny you’re saying that, my store is for sale right now.’” Unfortunately, the store was already under contract. But while the new owner was at Dunkin’ Donuts University learning the ropes, he was also learning that being a franchisee was a lot of work. He backed out of the deal and Maybury signed on.

The timing couldn’t have been more challenging. Maybury was the new owner of the Dunkin’ location in Morris Plains, New Jersey, but he was also about to walk down the aisle and marry his fiancée, Kathleen, just five days later. “She completely supported the decision, but there was no honeymoon, we were too overwhelmed,” Maybury recalls. His new wife was a full-time executive in the packaging industry, but spent every weekend helping out at the store. The newlyweds worked the counter together, and did just about everything else that needed to get done, including baking the muffins from scratch, which many will recall is how they were made at that time.

“In those first, early days, I sometimes questioned if I had made the right decision, but it was full-steam ahead,” reflects Maybury. “I managed and operated the store and probably worked seven days a week for at least two or three years in a row.” 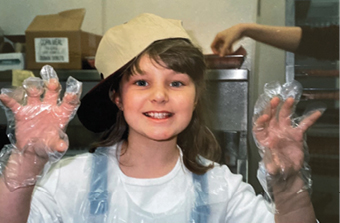 Undeterred by the hard work and long hours, he opened a second store. In the years that followed, Kathleen came on full-time as vice president of the business, leading HR and internal operations. The couple brought on a partner and formally established the Maybury Douglas company. After a few years, the partnership dissolved, but the company remained. In the 25-plus years that followed, by Maybury’s estimation, he opened, operated, acquired or developed as many as 25 different locations in central and northern New Jersey.

As their company grew, the young couple’s family did too, with the arrival of a daughter, Emma and son, Jack. During that time, Maybury also successfully managed several stores for another franchisee in Pennsylvania. It was somewhat of an unorthodox arrangement within the brand, but one that was profitable.

“I was a Dunkin’ fan before even thinking about owning my own business, and once I entered it, the brand, and the product, and the opportunities were very exciting,” says Maybury. He is proud of his role early-on as a franchisee that helped develop and grow the brand in the Garden State. Over the years, he also served on the Regional Advisory Council, and was one of the first franchisees located outside of New England to serve on the DDIFO board.

Over the course of his career, he has faced difficult business challenges, including the financial crisis of 2008 and, more recently, the COVID pandemic, but Maybury says the rewards have far outweighed the challenges. “I always say going from corporate life to owning your business is a real challenge, but it is an endless financial and growth opportunity, where you personally develop your fate.”

Maybury is also quick to point to many highlights over the years, including the opportunity to meet Dunkin’ founder, William Rosenberg and Michael Vale, the actor who portrayed Fred the Baker, at the celebration of Dunkin’ Donuts’ 50 Year Anniversary in Boston. “Those were special moments for an American kid, growing up on Staten Island, and becoming a Dunkin’ business owner.”

More than anything, Maybury values the relationships that he has made with colleagues, employees and customers during his more than 30 years in the Dunkin’ system. He has made lasting friendships with other franchisees in the United States and other parts of the world. “I am also very happy and proud to have always treated every employee with tremendous dignity and respect,” Maybury says earnestly. “I have built friendships, given fatherly advice, attended weddings and, sadly, gone to funerals. I will always be forever grateful to everyone I have ever worked with since day one.”

Five years ago, Maybury made the decision to downsize his company. “I would say I’m semi-retired, at best; or worst. Whatever the right word is,” laughs Maybury. After 31 years as a franchisee, the decision wasn’t one he took lightly. His children are grown; his daughter Emma lives in San Francisco with her fiancé and is the owner of First to Market Collective, a business development consulting group. Kevin’s son Jack is a recent MBA graduate from Quinnipiac University in Connecticut. After years of dedication to growing his business, Kevin set a new goal—to spend more time relaxing with his wife on the Jersey Shore and in Manhattan.

Like most every other pursuit in his life, Maybury methodically mapped out a plan and sold several of his stores. Coincidentally, many of those sales occurred on his 60th birthday. Maybury admits, in hindsight, the timing and decision to downsize may have been a blessing. That’s because shortly afterward, he underwent knee surgery and, following the procedure, suffered several strokes. He is healthy now, but still experiences some lingering side-effects.

During his recovery, Jack stepped in to help manage the company. It remains to be seen if Jack will decide to follow his father’s path and grow the business again. Maybury says that decision is one his son will make in his own time. “The honest answer is, I only want my children to have joy and happiness in whatever they want to do,” Maybury says sincerely. “It’s the truth.”

For now, he is enjoying the best of both worlds, spending more time with his wife, while also working side by side with his son to operate their four remaining locations. One of those locations is the Morris Plains shop where it all began. Maybury acknowledges that the decision to keep his original store probably had more to do with emotion than business acumen. “Dunkin’ has provided my family and [me] a very blessed life. That store represents more than the start of a successful career, it represents how my life kind of started again.