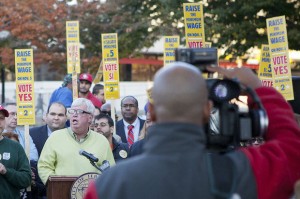 Election day this past Tuesday, New Jersey voters overwhelmingly approved a ballot initiative increasing the state minimum wage from $7.25 to $8.25 effective January, 2014, but more importantly amending the state constitution to index the minimum wage to inflation.  A similar bill was vetoed earlier this year by Governor Chris Christie, who interestingly was overwhelmingly reelected on the same ballot.  The Governor vetoed the proposal specifically because of the damage that tying future wage increases to the Consumer Price Index can cause.  He said the voters made a mistake in approving the initiative.