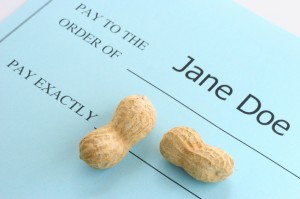 In a case of stating the obvious, a newly published paper by the National Bureau of Economic Research confirms the long-held belief that increases in the minimum wage for American workers hurts their earnings potential as well as the job mobility for low-skill workers.  Two University of California at San Diego economists, Michael Wither and Jeffrey Clemens, showed how the increases to the minimum wage during the 2007 – 2009 period caused a 4% decline in the employment-population ratio (the percent of the population that is employed) for adults 25 to 44 years of age, but double that amount for the 15 to 24 year old group.  The paper in its entirety is available here.