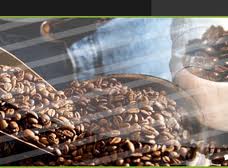 Drinking several cups of coffee each day can help  victims of Parkinson’s disease control their movements, according to an article  published in the online medical journal Neurology.

“Studies have shown that people who use caffeine are  less likely to develop Parkinson’s disease, but this is one of the first studies  in humans to show that caffeine can help with movement symptoms for people who  already have the disease,” said study author Dr. Ronald Postuma of McGill  University in Montreal.

For the study, 61 people with Parkinson’s disease who  showed symptoms of daytime sleepiness and some motor symptoms were given either  a placebo pill or a pill with 100 milligrams of caffeine two times a day for  three weeks, then 200 milligrams twice a day for three weeks, which was the  equivalent of between two and four cups of coffee per day.

After six weeks, the half that took the caffeine  supplements averaged a five-point improvement in Parkinson’s severity ratings  compared to those who didn’t consume caffeine. “This is a modest improvement,  but may be enough to provide benefit to patients,” said Postuma, who is also a  member of the American Academy of Neurology.