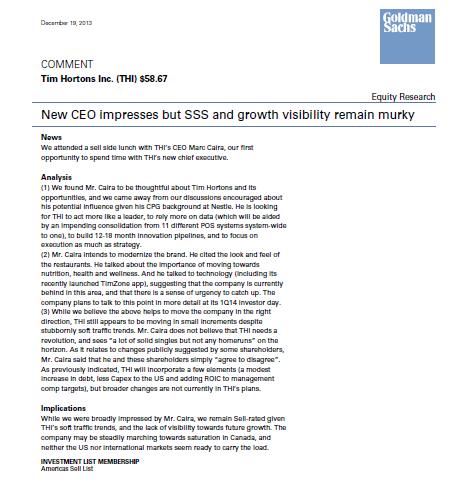 DDIFO Restaurant Analyst John Gordon reports that the Goldman Sachs restaurant analyst recently lunched with the new CEO of Tim Horton’s and was able to glean some color on Tim’s future plans.  In the US, Horton’s will continue to search for new, large, well-funded, multi-unit, multi-concept franchisees so that Tim’s will not need to buy the property as they have in the past.  In addition, the CEO noted new efforts in IT, social media, use of “big data” and modernization initiatives.  He saw Tim’s as being in need of “singles and a few doubles”, rather than “grand slam home runs”.