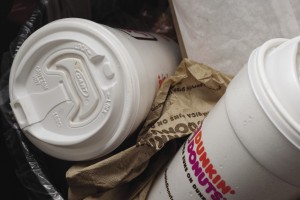 NYC Mayor Michael Bloomberg’s proposal to ban the use of polystyrene within the city has generated over 1,000 letters of opposition to the City Council according to a story by QSRweb.com.  A proposal to eliminate the use of polystyrene was also contained in Foodworks – A Vision on Improving the NYC Food System (page 70).  The full report, which was produced by the City Council Speaker’s office, can be accessed here.