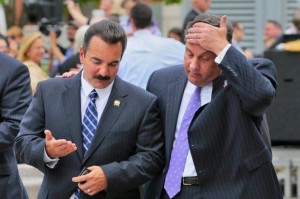 Although there hasn’t been a noticeable groundswell of support for mandated paid sick leave in the NJ legislature, the Speaker of the NJ Assembly this week announced that the body will consider a statewide paid sick leave mandate when they return in September.  Assembly Speaker Vincent Prieto committed to bring the issue to the floor for a vote next month.  In the meantime, a number of cities and towns around the Garden State are looking at the issue getting on the ballot for voters to decide this fall.  DDIFO talked with the New York Times about the issue this weekend,  The so-called Working Families Alliance announced earlier this week that it had collected and delivered enough signatures to get the question on the ballot in five communities around the state (Irvington, Montclair, Passaic, Paterson and Trenton).  These are the exact types of organizations, fronted by components of organized labor that Franklin Coley will address at the National Conference.  The community of East Orange choose not to go the ballot root instead filing an ordinance on Monday to authorize the mandate.